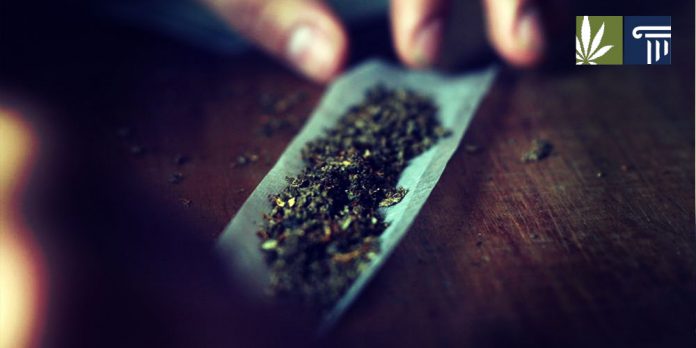 New research shows a decline in the use of opioid painkillers in US states that allow people to treat pain with medical marijuana, affirming the fears of Big Pharma who have been vigorously seeking to frustrate efforts to legalize the herb.

Columbia University researchers examined data from 1999 to 2013 and found an association between a state legalizing medical marijuana and a reduction in testing positive for opioids after dying in a car accident, particularly among drivers aged 21 to 40.

The study, published in the American Journal of Public Health, examined data of 69,000 traffic fatalities in 18 states and analyzed the cases in which the presence of opioids was detected.

They found that drivers in that age bracket who died in car crashes, after a medical marijuana law had been implemented, were half as likely to test positive for opioids when compared to similarly aged drivers who crashed in states before such laws were in place.

“That’s a pretty moderate-to-large reduction,” said lead author June H. Kim, a doctoral student in the Department of Epidemiology at Columbia’s Mailman School of Public Health, according to Live Science.

“We would expect the adverse consequences of opioid use to decrease over time in states where medical marijuana use is legal, as individuals substitute marijuana for opioids in the treatment of severe or chronic pain,” Kim said.

Given the growing opioid overdose epidemic, campaigning against medical marijuana is morally repugnant.

We cannot allow prescription drug companies to block the legalization of #medicalcannabis https://t.co/JMykwo1GMF

Findings weren’t consistent with over 40s

This logic is not applicable to those over 40, however, with researchers finding no decrease in opioid use for over 40s in the states with operational medical marijuana programs.

This is consistent with previous research which has found that most medical marijuana patients are aged under 45.

The study comes only days after it emerged that as the amount of prescription painkillers and heroin dependence-related claims have increased, the private healthcare sector has been struggling to deal with the associated costs.

Research from Fair Health found that in 2015, “private payors’ average costs for a patient diagnosed with opioid abuse or dependence were more than 550 percent higher – almost $16,000 more per patient – than the per-patient average cost based on all patients’ claims.”

The report also coincides with the revelation that Insys Therapeutics, which profits off of a painkiller 50 times more potent than heroin, has been funding an anti-legalization campaign in Arizona in an apparent bid to eliminate ‘the competition.’