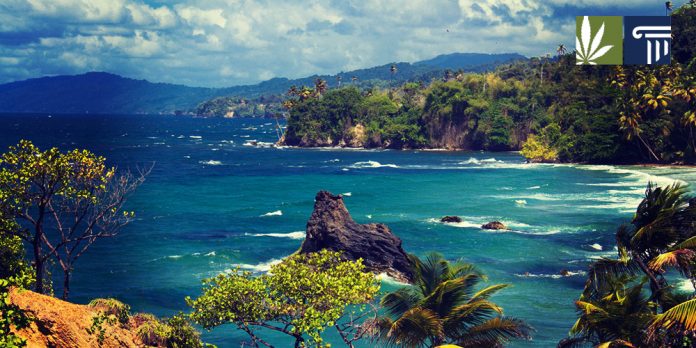 President Paula-Mae Weekes of Trinidad and Tobago signed a bill into law just before Christmas that decriminalizes possession of small amounts of cannabis.

The Dangerous Drugs (Amendment) Act allows adults to possess up to 30 grams of cannabis and four plants in each home without criminal penalties. Possession of more than 30 grams but less than 60 grams is subject to a fixed fine, but will not affect the individual’s criminal record so long as the amount is paid.

Further, the new amendment contains provisions which allow for expungement of prior cannabis convictions.

Prime Minister Keith Rowley welcomed the bill’s passage through the House and Senate following gruelling debates, while arguing that the country is not ready for full legalization.

Attorney General Faris Al-Rawi, a vocal proponent of the bill throughout its passage, argues the new law will help redress issues of racial injustice, yield health and therapeutic benefits to those in need, and free up the resources of law enforcement.

“[Common-sense] tells us that it is by far past the time to make sure that the criminal justice system and the people most at risk are not exposed to the inevitability of just being processed through, after a whole lot of time, exposed to danger for a mere fine,” Al-Rawi said.

In his speech to the Senate earlier this month, Al-Rawi rallied against the current law which meant that someone convicted of possessing half a gram of cannabis and unable to pay the $1,000 fine could spend three months in prison at a cost of $75,000 to the taxpayer.

“It is insane these laws were in operation so long,” he said.

The new amendment has no bearing on the law against trafficking, which prohibits even small amounts of cannabis within a school zone. Possession of cannabis within 500 metres of a school remains subject to at least a $50,000 fine, but could land an individual with as many as 35 years in prison.

Smoking cannabis in a public place is also prohibited, as is doing so while operating a vehicle.

The issue of smoking in public will come under scrutiny again next year through the Cannabis Control Bill, which would allow for licensed marijuana growers and retailers. A joint select committee of the House and Senate is due to report on the bill to Parliament in February, 2020.

While welcome news for marijuana reform advocates in Trinidad and Tobago, there are concerns about the establishment of new penalties under the amendment for possession and distribution of other substances such as ketamine, LSD and MDMA.

C420, a pro-marijuana reform organization, criticize the amendment for not going far enough. Indeed, they claim that cannabis is already decriminalized to some extent for small amounts.

“Under current law and irrespective of the Attorney General’s “ganja bill”, cannabis in Trinidad and Tobago is already decriminalised, insofar as any citizen may apply for a “licence” from the Ministry of Health, to possess, cultivate, import/export cannabis,” said Colin Stephenson, founder and director of C420.

Trinidad and Tobago’s decriminalization measure follows that of another Caribbean nation, St. Kitts and Nevis, earlier this year. The Supreme Court of St . Kitts and Nevis ruled that the country’s marijuana prohibition laws were unconstitutional, forcing lawmakers to act on reform.