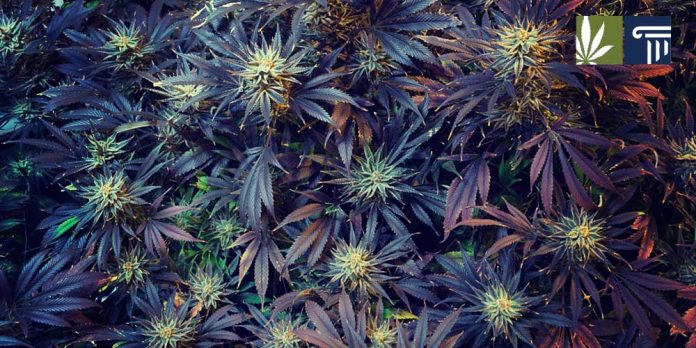 When political candidates propose new platform ideas and win, other politicians notice, and in the wake of Democratic victories in 2018 by candidates backing marijuana reform, legalization bills are appearing in red state legislatures.

One sign of a recent significant shift toward nationwide marijuana law reform is that last November, several Democratic candidates for governor won on pro-legalization platforms. In addition, in New Jersey and New York, the incoming Democratic governors promised to consider legalization if elected, and they seem ready to follow through on that promise. For Democrats, reasons to legalize include social justice; for example, redressing the wrongs that disparate enforcement has inflicted on communities of color. Another reason is popular support: One poll puts national overall support for legalization at 62%.

Among Republicans, however, support is not as strong. A Pew poll from October 2018 has this summary:

Republicans are divided, with 45% in favor of legalizing marijuana and 51% opposed. Still, the share of Republicans saying marijuana should be legal has increased from 39% in 2015. Independents who lean toward the Republican Party are far more likely than Republicans to favor marijuana legalization (59% vs. 45%).

The poll also notes, however, that support is growing as more states legalize. And as more states are likely to legalize in 2019, it seems likely as well that support for legalization will grow among Republicans, who have their own set of reasons to support legalization, including the rights of states and individuals to choose for themselves, small government, and allowing veterans to try cannabis for treatment of chronic pain and PTSD (as well as wean off opioids). As a result, legalization bills are being proposed in Republican-dominated states.

On such state is West Virginia, where Gov. Jim Justice (R) recently signed a medical legalization bill, saying: “Our doctors are telling us, this is a pathway to help….How could you turn your back on that? How could you turn your back on a loved one who is really suffering? To have a vehicle to be able to help, and to turn our back on it and say, ‘No, we’re not going to do that.’ To me, that’s not listening to the wise, and it’s not being charitable and caring, like we ought to be.” Recently, however, Justice spoke against a recreational legalization bill, saying he was “adamantly against recreational marijuana.”

In Kentucky, Senate Majority Caucus Leader Dan Seum (R-Fairdale) has introduced a bill that would legalize and tax recreational marijuana. As in West Virginia, however, legalization has Republican opponents. As WLKY reports,

“Senate President Robert Stivers said he opposes Seum’s bill, calling marijuana a ‘gateway drug’ that would cause more problems than benefits for Kentucky.” The governor also expressed doubts regarding the bill’s passage. Two other bills, however, may have less opposition. One would legalize CBD, and another would legalize medical cannabis.

Virginia is another state with a Republican House where more than one reform bill is being proposed. One of two legalization bills is sponsored by Del. Steve Heretick (D), who said:

I am proud today to offer for the first-time legislation to legalize marijuana for consumption by adults 21 years of age in the state of Virginia. The time has come for adults to have the freedom to decide for themselves whether or not to consume marijuana in the privacy of their homes.

Texas may also seriously consider decriminalization this year, after the state Republican party endorsed the idea last year and a bill was introduced to effect it. The bill’s sponsor, Rep. Joe Moody (D-El Paso), told the Texas Tribune that seeing the decriminalization plank appear in the Republican platform “means that there is a broader consensus about that policy shift, and that, in and of itself, is going to create some sense of momentum within the Legislature. That certainly does give me a greater sense of hope heading into 2019.” Another state with a Republican legislature where a Democrat has filed a reform bill is Missouri, where Rep. Brandon Ellington introduced legalization legislation.

When legalization first came to states, it came via voter initiatives, but with their success, legalization is happening via legislatures, and in some cases, even in red states.

What do you think? What reform bills will pass in red states in 2019? Leave a comment below.