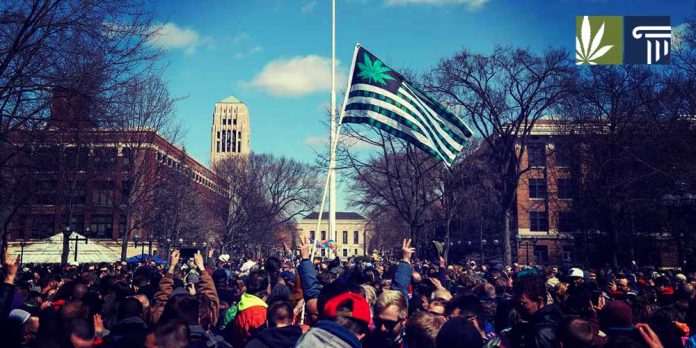 On November 13, voters in Michigan approved an adult use initiative, Proposal 1, with almost 56% in favor. In summary, the initiative will:

This new law comes a decade after voters approved a medical marijuana (or marihuana, as it is spelled in the state’s statutes) initiative. Michigan is the first state in the Midwest to approve adult use and the 10th nationwide. Voter turnout among college students and younger adults was unusually strong.

The initiative had well-funded backers and opponents. The Coalition to Regulate Marijuana Like Alcohol and the Marijuana Policy Project together spent around $3 million to get the initiative passed. Healthy and Productive Michigan, the Committee to Keep Pot Out of Neighborhoods and Schools, and Smart Approaches to Marijuana Action spent a similar amount to prevent passage. Opponents have vowed to encourage municipalities to ban marijuana businesses.

The state’s medical program experienced some growing pains, including shortage of product and shutdowns of dispensaries that were not fully licensed. The experience gained from the medical program, however, is expected to benefit implementation of adult use, and medical providers will be first in line for recreational licensing. With passage of the initiative, it now falls to the legislature to draft the adult use law, so recreational sales will not begin immediately. Public consumption will remain illegal, and employers and landlords will still be able to fire or refuse to rent to marijuana users.

Excise tax revenue is slated for education and infrastructure. Different groups have estimated that the revenue from the adult use market will bring between $112 million and $275 million per year to start, and as much as $1.5 billion or so when the market matures. Michigan’s budget is in the range of $57 billion per year. The initiative makes the following specific provisions on how the tax revenue is to be spent:

It is estimated that less than 10 percent of people in Michigan use marijuana. There are about 200,000 medical marijuana patients in the state, or about 2% of the population. In the 2016 election, Michigan went for Donald Trump by a narrow margin: 13,225 votes.

The initiative does not contain provisions for expungement, but an expungement bill is under consideration in the legislature. The initiative also legalizes the cultivation and processing of industrial hemp, which previously was only allowed as part of research programs.

What do you think? Will implementation of adult use go smoothly in Michigan? Leave a comment below.