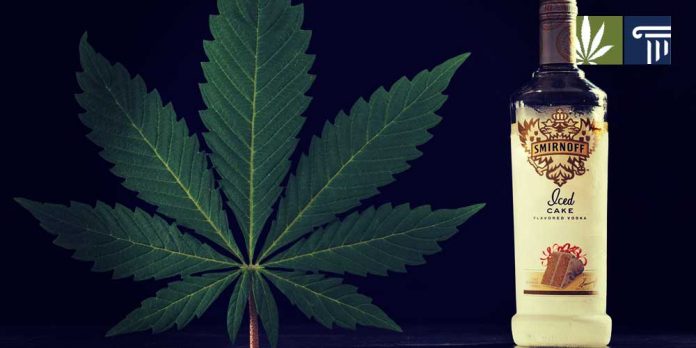 Sales of alcohol have not been affected in the three states – Colorado, Oregon, and Washington State – that have the longest-established legal recreational marijuana markets, according to a new study by an alcohol trade association.

“Simply put, the data show there has been no impact on spirits sales from recreational marijuana legalization,” said the council’s Chief Economist David Ozgo in a press statement released last Thursday.

“We now have four years of retail recreational marijuana sales history in Colorado and Washington state, and three years in Oregon, and each of these markets remain robust for spirits sales,” Ozgo added.

In line with national trends

Indeed, in line with national trends, per capita spirit sales were up 7.6% in Colorado, 5.4% in Washington and 3.6% in Oregon following legalization.

In total across the three states, per capita alcohol sales were largely flat, as is the case nationwide.

These findings call into question recent claims that legal access to recreational marijuana may lead to more consumers opting for cannabis instead of alcohol.

As Ozgo notes, “We did this study because there is a lot of misinformation circulating about the impact of recreational marijuana legalization on distilled spirits and the wider alcohol market.”

What is inarguable is that more research is required to better understand the relationship between legal alcohol and marijuana sales, and to counter misleading claims.

The Distilled Spirits Council emphasized in their statement that they do not have an official position on the legalization of recreational marijuana, although they have established marijuana policy principles which they urge lawmakers to consider if they are contemplating legalization.

These include comparable taxes and regulations with the alcohol industry, strong road safety measures, and THC content disclosure requirements.

Many of these recommendations are also to be found in the policy principles of the Wine and Spirits Wholesalers of America’, a major alcohol trade association who released a press statement last year in support of “a state’s right to establish a legal, well-regulated, adult-use cannabis marketplace.”

What do you think? Will legal marijuana gradually eat into the alcohol market? Let us know your thoughts below.