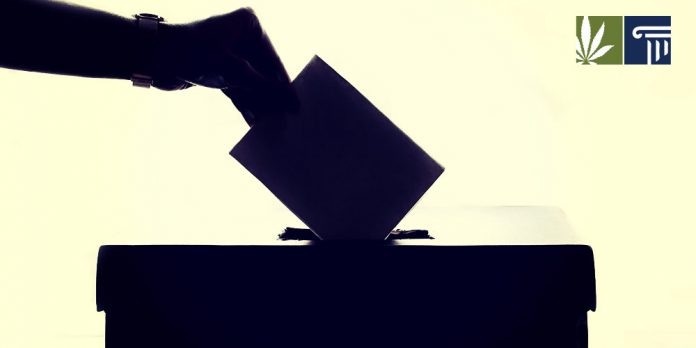 Cannabis reform activists in Ohio want to put an adult-use marijuana legalization proposal on the ballot this November.

If approved by voters, the constitutional amendment would allow individuals 21 and older to possess and buy up to an ounce of marijuana from licensed retailers beginning July 2021. The measure would also allow adults to grow up to six plants for personal use. A state regulator would oversee adult-use sales and give medical marijuana dispensaries first option to apply for recreational licenses before deciding whether to issue additional licenses.

Two of the individuals behind the initiative, Tom Haren, a Northeast Ohio attorney, and Mike Hartley, a Columbus-based Republican consultant, are finalizing the proposal before submitting it to the Ohio attorney general within a week or two. Until that is done, they are reluctant to release further details.

What’s clear though is the initiative has a tough task ahead. To make it onto the ballot, the petition must garner almost 443,000 signatures from registered voters by July 1. Even with strong public support, with less than four months to achieve this in a state as big as Ohio, the campaign needs deep pockets. Matthew Schweich, deputy director of Marijuana Policy Project, estimates that an Ohio signature-gathering campaign would cost at least four times more than in other states.

“The people of Ohio are ready to approve a marijuana legalization ballot initiative,” Schweich said. “However, a 2020 campaign will require considerable resources.”

A 2015 ballot measure to legalize marijuana in Ohio was soundly rejected by voters, though it faced stiff opposition even from supporters of cannabis reform because it restricted legal cultivation solely to the donors behind the ballot. Still, it cost more than $3 million in fees to professional signature-gathering businesses just to put the question to voters. Where such resources will come from with the new initiative is still unknown.

One organization not putting its hefty weight behind the initiative is the Ohio Medical Cannabis Cultivators Association, who represent a large chunk of the state’s licensed cannabis business. Given that medical cannabis sales only launched last year, the group said they are instead “focused on bettering the medical program for patients.”