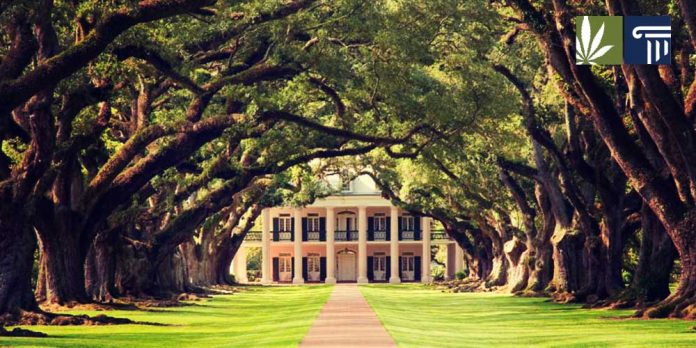 Three years after medical marijuana was legalized in Louisiana, implementation has yet to be realized, even though November 2018 was a stated goal.

The Louisiana Department of Public Health has listed some of the key steps taken toward implementation since Act 261 was passed in 2015. For example, “agriculture centers at Louisiana State University and Southern University” have been authorized “as the only legal growers of marijuana plants, from which medicines will be extracted.” The grow operations are run by GB Sciences at LSU and by Advanced Biomedics at Southern University.

In addition, the legislature approved a list of medical conditions for which medical marijuana will be eligible to treat: “These conditions include cancer, positive status for HIV, AIDS, cachexia or wasting syndrome, seizure disorders, epilepsy, spasticity, Crohn’s disease, muscular dystrophy and multiple sclerosis.” Since 2015, the legislature has added other eligible conditions such as “glaucoma, Parkinson’s disease, severe muscle spasms, intractable pain and post traumatic disorder.” Severe cases of autism spectrum disorder have also been made eligible.

Since 2015, implementation has been mired in bureaucratic delays. One cause of these delays may be inferred from a speech delivered to the legislature by State Rep. Dodie Horton, a Republican. He said: “[I]n January 2014, the Colorado publication…The Daily Currant…they reported 37 died from overdose on the first day that the marijuana was legalized.” The Daily Currant openly billed itself as a satirical site like the Onion.

Not all Louisiana Republicans are opposed to medical marijuana, however. Sen. Fred Mills is a Republican and pharmacist, and he wrote and promulgated the state’s medical marijuana laws. Although the implementation of a complex new program from scratch can take time, he sees little reason for the amount of time it has taken in Louisiana. Speaking to the Shreveport Times, Mills said: “It does tear me up when I get people with a debilitating disease asking, ‘When is Louisiana going to have it ready?’ If I put myself in their position, I don’t think there’s any good explanation for them right now.”

One frequently cited cause of delay has been the state’s inability to find an independent testing lab to check for pesticides, contaminants, and heavy metals. The state solicited bids from laboratories independent of GB Sciences and Advanced Biomedics to make sure the companies’ products were safe. No applicant was found suitable, however, and the state invested close to $800,000 in setting up its own lab. The state is still looking, however, for an independent lab to help process what it expects will be a large amount of medicine, given the number of qualifying conditions. According to reports, the first crop from the two legal grow operations is ready for testing, but a lab that is ready to process that crop has yet to exist.

Although the state has authorized a number of physicians to make recommendations and licensed dispensaries, there are reports of unfinished paperwork and less-than-cordial relations between businesses and state regulators. For example, GB Sciences claims that it has submitted all necessary paperwork to the Department of Agriculture. In addition, the company claims it has spent about $10 to $12 million on developing its grow operation. According to that department, however, the paperwork is incomplete, and the head of the department has said he “can’t say” when medical marijuana will be available to patients.

What do you think? Are government agencies dragging their feet? Why? Leave a comment below.