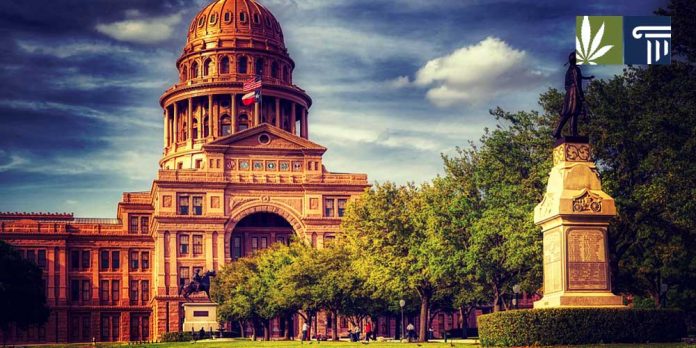 Cannabis advocates celebrated an unexpected victory last month, when the Texas Senate passed a bill that would expand the list of medical conditions qualifying patients for cannabis oil treatment in the state.

Once opposed to any marijuana reforms, the leaders of the upper chamber now unanimously voted to advance legislation by state Rep. Stephanie Klick (R-Fort Worth), which broadens the so-called Compassionate Use Program that currently only includes patients suffering from incurable epilepsy, with certain requirements.

The state House will now consider the changes proposed by the Senate and decide to either accept them or debate the bill in a conference committee.

The Senate approved a version of the legislation that would expand the qualifying conditions list to include all types of epilepsy, seizure disorders, multiple sclerosis, spasticity, amyotrophic lateral sclerosis (ALS), terminal cancer, autism and intractable neurodegenerative diseases. The bill also removes from current Texas law the obligation to obtain two, rather than one, licensed neurologists’ approval to qualify for cannabis treatment.

“This bill is about compassion,” said state Sen. Donna Campbell (R-New Braunfels), the bill’s sponsor in the Senate. “For patients participating in the [Compassionate Use Program] they have had a remarkable and life-altering change because of this. That’s compassion.”

Campbell’s version of the legislation retains the authority of the Texas Department of Public Safety to oversee the Compassionate Use Program. The legal permitted level of the psychoactive ingredient, THC, in medical cannabis products would also remain at the same level, 0.5%. Campbell’s revised bill removes Klick’s call for studies assessing the effectiveness of cannabis in treating various conditions.

Despite the unanimous approval of the Senate, the bill was questioned by some lawmakers. Democrats wanted to know why it didn’t guarantee broader provisions, while Republicans were concerned the legislation would lead to legalization of recreational cannabis.

Campbell responded that there simply wasn’t enough scientific data to justify including PTSD in the bill, at least for now.

“I hope — I hope — that we can get the definitive research necessary to be able to include PTSD, traumatic brain injury and those other illnesses that are very difficult to measure.”

Sen. Brian Birdwell (R-Granbury), wary of the possibility of recreational legalization, asked Campbell about the precautions her bill would include to prevent this.

“I wouldn’t be comfortable going any further than this because of what I’m seeing in Colorado, Washington and Oregon and what’s happening in those states. I am highly guarded,” he said.

“I am not for legalizing marijuana,” Campbell said. “I don’t think that’s a surprise to anyone.”

Some marijuana advocates were surprised that the bill made it out of the upper chamber as Lt. Gov. Dan Patrick said earlier that he was“wary of the various medicinal use proposals that could become a vehicle for expanding access to this drug.” But in the end, he “helped craft” the revised version.

The bill has benefited from the support of a new influential lobbying group, Texans for Expanded Access to Medical Marijuana, which emerged in March and includes Allen Blakemore, Patrick’s top political consultant.

Last year, the Republican Party of Texas, approved a motion calling for the Legislature to “improve the 2015 Compassionate Use Act to allow doctors to determine the appropriate use of cannabis to certified patients.”

Although some cannabis advocates regretted the bill wasn’t broader, many were happy it successfully passed through the Senate.

Jax Finkel, executive director of Texas NORML, a marijuana advocacy group, said that “HB 3703 will ensure more patients have access to medicine which will have a positive impact on their lives.”