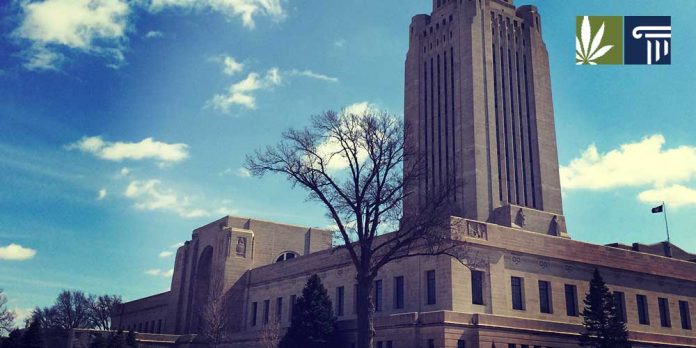 A medical cannabis legalization bill advanced out of Nebraska Legislature’s Judiciary Committee on Friday, May 10. The bill, sponsored by Sen. Anna Wishart (D), would legalize the use, possession and purchase of specified amounts of cannabis for patients who suffer from one or more qualifying conditions.

Following Wishart’s consultations with physicians, pharmacists, law enforcement, chambers of commerce and patients, the original version of the legislation has been amended in a number of ways, such as by banning smoking marijuana and growing the plant at home.

The bill also prohibits doctors from prescribing cannabis for any condition and instead lists specific disorders, including chronic pain, which would entitle patients to obtain it.

Though the revised proposal is more restrictive than the original in terms of the amounts of cannabis patients can possess, it does not require them to register with the state so as not to jeopardize their gun rights.

“It’s a moderate approach, but it still provides access to people who are most in need,” Wishart said in an interview with the Omaha World-Herald. “It is one of the best public health models in the country.”

Having initially rejected it multiple times, the committee approved the bill in a 5-1 vote, which is likely thanks to the efforts of Wishart, Sen. Adam Morfeld (D), and various cannabis activists, who together formed a coalition to put the question of medical marijuana on the 2020 ballot. The secretary of state approved the language of the measure in March, allowing the proponents to start collecting signatures.

Karen O’Keefe, state policies director for the Marijuana Policy Project, said that “the Unicameral Legislature could save patients a year and a half of needless suffering by approving Sen. Wishart’s bill.”

“If it fails to do so, voters will take matters into their own hands in November 2020. Polls show the broad, compassionate measure would easily pass,” she added.

A similar measure succeeded in 2016 in Ohio, where lawmakers approved a medical marijuana bill before it could end up on that year’s ballot.

Though Wishart only gives the legislation a 30 percent chance of passing out of the legislature, she believes it could at least prompt a productive debate among lawmakers.

Supporters are also aware that even if the legislature does approve it, Gov. Pete Ricketts (R) is unlikely to sign the bill as he’s been staunchly opposed to any marijuana reform in Nebraska.

But Judiciary Committee Chairman Steve Lathrop (D) sees the legislation as a necessary measure that would prevent a more far-reaching measure from being approved through a popular vote.

“If we’re going to have medicinal cannabis, this one has been tightened up way more than what we may end up with if this is unsuccessful and then we end up with a petition initiative, put it on the ballot and then people vote for it,” he said.

Meanwhile, medical marijuana bills are gaining traction in other states. In the same week, the Alabama Senate voted in favor of medical cannabis legalization, and the Texas House approved a bill that would broaden the state’s already existing medical program.