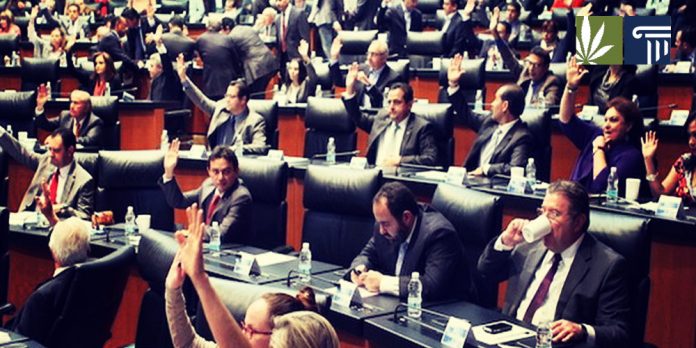 Mexican Senate committees charged with drafting marijuana legalization legislation are set to vote on the final bill before its submission to the Senate and the Chamber of Deputies.

The draft legislation was revealed last week in an announcement by leaders from the Health, Justice, Legislative and Public Security Studies Committees, which are now in permanent session to work on the final details before a looming Supreme Court deadline.

This deadline follows from the judgement of the country’s highest court last year, which ruled that Mexico’s ban on cannabis cultivation and consumption is unconstitutional.

Senate committee leaders are working towards a vote in the legislature before the end of this month, but could request an extension from the Supreme Court if required.

This would likely be granted since lawmakers are looking to move far beyond the court’s judgement by allowing commercial production and sales.

Still, Sen. Ricardo Monreal, Senate leader of Mexico’s ruling party, hopes the bill will be passed into law this month.

“We’re thinking that we’ll bring the law out, approve it, at the end of October,” Monreal said. “That’s the schedule we have.”

The key provisions of the draft bill, taken from an online translation, include the following:

In its preamble, the draft bill’s authors say its passage into law would “improve the living conditions of people living in the United Mexican States, combat the consequences of the problematic use of cannabis and reduce the crime incidence linked to drug trafficking [while] promoting peace, the security and well-being of individuals and communities.”

The leader of the Justice Committee and member of Mexico’s ruling party MORENA, Sen. Julio Menchaca Salazar, said in a tweet that “we are legislating to regulate the illicit market of the #marihuana and decrease the crime incidence linked to the #narcotráfico, promoting peace and security for all Mexicans.”

Much of the draft bill is taken from a proposal submitted last year by Interior Secretary Olga Sánchez Cordero, while serving as a senator. But the Senate committees have also sought public input through forums and online portals, and merged certain provisions from more than a dozen separate marijuana reform bills introduced over the past year.

“They all have something good that we can be translated into law,” said Menchaca Salazar.

Mexican lawmaker’s apparent progress towards ending marijuana prohibition is at odds with the Mexican president’s recent statements on the issue. When asked about the possibility of a vote on marijuana legalization before the Supreme Court’s end of October deadline, he responded that it “is not on our agenda.”

Seemingly for lawmakers though, it is in fact quite high up on the agenda.

Assuming legislators in Mexico comply with the Supreme Court’s judgement, the U.S. will soon be sandwiched by two cannabis-friendly countries, which is only likely to hasten the end of federal prohibition. 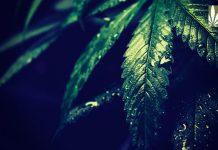