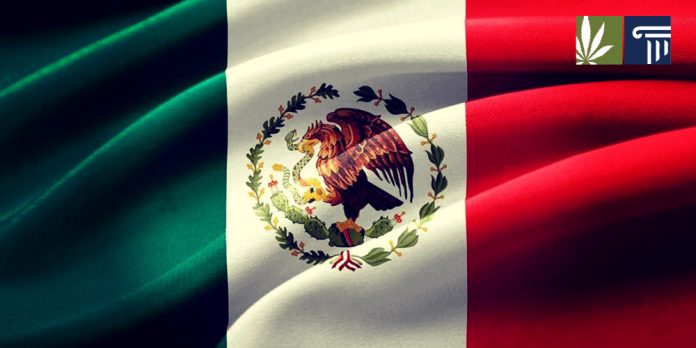 A long-awaited Mexican Senate vote on a marijuana legalization bill has been delayed while its provisions are reviewed by a multi-party panel seeking to build consensus.

Several Mexican Senate committees have been busy developing legislation to establish a regulated recreational marijuana market following Supreme Court rulings which determined the country’s prohibition on the drug to be unconstitutional.

The Supreme Court originally set a deadline of October 23, 2019, for lawmakers to amend the country’s laws in line with the judgement.

The Senate has now asked the Supreme Court for an extension to the deadline.

Sen. Ricardo Monreal, president of the Senate’s multi-party panel (Jucopo), said the marijuana legalization bill “won’t be voted on this week, as was planned.”

Instead, the bill will be put forward in “the first few weeks of November.”

The Justice, Health, Legislative Studies, and Public Security Committees, charged with drawing up the bill, unveiled a draft proposal last month which they have finalized and submitted to the full Senate body.

But first the bill must now pass through Jucopo, a Senate body designed to facilitate cross-party consensus on legislative proposals. It remains to be seen how long it will take for Jucopo to pass the bill on to the Senate floor for a final vote.

“It will slow it down a little,” Monreal said, according to a translation.

“Many economic and social interests have been unleashed and I would like to do things well,” he said

It appears that Monreal is referring to business interests attempting to influence the shape of Mexico’s marijuana regulatory framework.

Jucopo’s involvement will “shield against any interest outside or outside the legislative power, and we will recompose” the measure, he said.

The full text of the marijuana legalization bill was released by the Senate Committees at the end of October. It outlines a proposed regulatory model whereby adults aged 18 and older could be allowed to use, possess, and buy marijuana from licensed retailers. The bill also allows for individuals to grow up to four plants for their personal use.

The bill also contains certain provisions restricting marijuana use, such as at “any commercial establishment with public access and in any place where people are prohibited to use tobacco.”

The marijuana legalization bill would establish an independent body, the “Cannabis Institute,” responsible for regulating the legal marijuana industry as well as promoting research into the health benefits of cannabis.

The Cannabis Institute’s responsibilities would include issuing licenses to cultivators, manufacturers, retailers, and exporters/importers. Each business could only hold one such license.

The bill contains provisions to ensure that 20 percent of licenses would go to low-income individuals as a step towards undoing the harms caused by prohibition.

Under the bill’s timeline, the Cannabis Institute must be established by January 1, 2021.

The Senate Committees also detail core principles which a legal approach to marijuana must follow in order to be legitimate.

This includes respect and adherence to the Constitution, in line with the Supreme Court’s ruling against marijuana prohibition, a commitment on behalf of the government to human rights, and the government’s obligation to ensure equality and non-discrimination.

As lawmakers and citizens alike await the Supreme Court’s response to the request for an extension, it is conceivable that the country’s top court could issue a general declaration of unconstitutionality if the Senate does not act soon.

This would mean the Supreme Court unilaterally eliminating articles from law which it has deemed unconstitutional. If this happened, marijuana would become legal but without a regulated commercial industry.