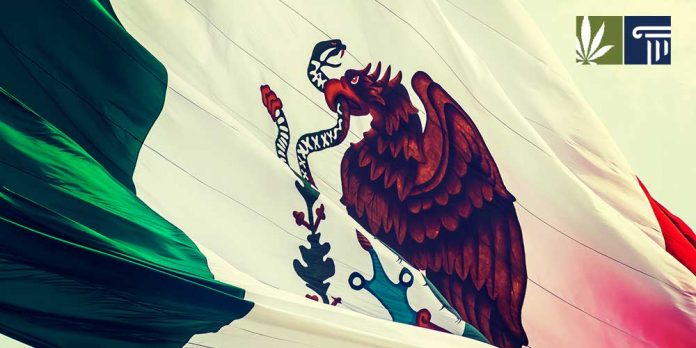 Momentum for marijuana legalization is growing not only in the U.S., but also south of the border. After Uruguay and Canada, Mexico is the next country that could see cannabis legalized for recreational adult use.

In 2017, Mexico joined the ranks of countries allowing medical marijuana, which is a considerable achievement for a nation where drug cartels wield so much power. Recreational legalization would be the next logical step for Mexico, given it already has medical cannabis infrastructure in place.

While an estimated 80 percent of the population favor legalization in Mexico, it is primarily pressure from the country’s Supreme Court that drives the reform.

Five similar decisions on a given issue mean that the ruling of the court is applied throughout Mexico. Since 2015, it has ruled five times that the ban on recreational marijuana is unconstitutional. Thus it is now up to the Senate to introduce reforms in line with the standard set by the Supreme Court.

The court has given lawmakers until October to create a regulatory system for cannabis. It is likely that the summer recess, which runs from the beginning of May until the end of August, will be used to amend the existing legislation to legalize marijuana.

If Mexico legalizes by October and manages to curb the power of drug cartels, it could be on the way to surpass Canada and become the biggest nationwide cannabis market in the world. In the fourth quarter of 2018, about one in six adults in Canada, a country of 37 million, were using marijuana. With a population of 130 million and similar rates of use, Mexico could easily capitalize on its sales potential.

Currently, marijuana stocks are not very present in Mexico, though there are two companies that seem most likely to dominate the market.

Aurora Cannabis, forecast to be the leader of cannabis production in Canada, is expected to become the key beneficiary, having announced in December 2018 that it was acquiring Mexico’s Farmacias Magistrales. Farmacias was the first to obtain cannabis import, manufacturing, storing and distribution licenses in Mexico. Its multiple sales channels throughout retail stores and pharmacies give Aurora Cannabis a clear first-mover advantage.

Although Farmacias was entirely focused on medical marijuana production at the time of the acquisition, Aurora’s aggressive growth strategy is bound to significantly boost its 12.000 square feet growing capacity.

The other likely beneficiary would be Canopy Growth, who hold the largest stock of marijuana in the world. Its international medical cannabis brand, Spectrum Cannabis, is already active in Colombia, Peru, and Chile and, with a reported $3.7 billion in cash and cash equivalents, could enter the Mexican market without great difficulty should the country legalize.