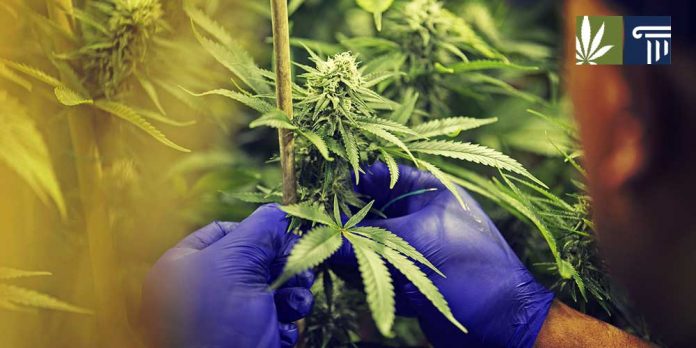 In November, voters in Michigan are likely to approve a ballot initiative that will legalize the recreational use of marijuana.

Titled the Michigan Regulation and Taxation of Marihuana Act, the initiative allows for the cultivation and sale of marijuana (and industrial hemp) by people 21 years old or older. As stated in a press release issued by the Coalition to Regulate Marijuana Like Alcohol, a group supporting the initiative, it also “proposes a 10 percent marijuana excise tax at the retail level, which would be in addition to Michigan’s standard 6 percent sales tax.” The measure is expected to generate an estimated $100 million in revenue for the state. According to a poll sponsored by Michigan NORML and EPIC-MRA (a polling firm), 61 percent of Michigan voters currently approve of legalizing recreational marijuana. This initiative follows passage of the Michigan Compassionate Care Initiative in 2008, which approved medical marijuana with 63 percent of the vote.

Support for the legalization of recreational marijuana has grown in the state. The Coalition to Regulate Marijuana Like Alcohol reported that it easily surpassed the required number of valid signatures to put the initiative on the ballot. EPIC-MRA polling indicates that as recently as last year, support for legalization was at 57 percent. Through use of social media and online advocacy as well as more traditional forms of public outreach and lobbying, Michigan NORML has claimed credit for helping change the minds of Michigan voters.

Politicians and candidates have also changed their views. While previously many of them opposed legalization or voiced concern over misuse of marijuana, especially among youth, conversations have shifted toward help for veterans with PTSD, the potential boon that marijuana and hemp farming can bring to the state, and how the initiative’s tax revenue may be spent on roads and schools. Abdul El-Sayed, a candidate for governor who is a medical doctor and the former executive director of the Detroit Health Department, has seen how marijuana has helped patients suffering from seizures. He says, “This has become a civil rights issue.”

Support for the initiative is so strong that the state’s Republican-led legislature has been debating whether to pass the initiative into law ahead of the ballot. If this were to occur, the law could be more easily modified, since a voter-approved initiative requires a two-thirds vote to approve changes. Also, if the initiative appears on the ballot, it could bring more Democrats to the polls.

The initiative allows for local governments to deny permits to marijuana businesses while still receiving a share of the marijuana tax revenue. The proposed law also lays out a thorough regulatory framework for growers, testing laboratories, dispensaries, and microbusinesses. The proposed legislation was written with the collaboration of the ACLU of Michigan, Michigan NORML, MILegalize, the National Patients Rights Association, the Michigan Cannabis Coalition, the State Bar of Michigan Marijuana Law Section, and the Drug Policy Alliance.