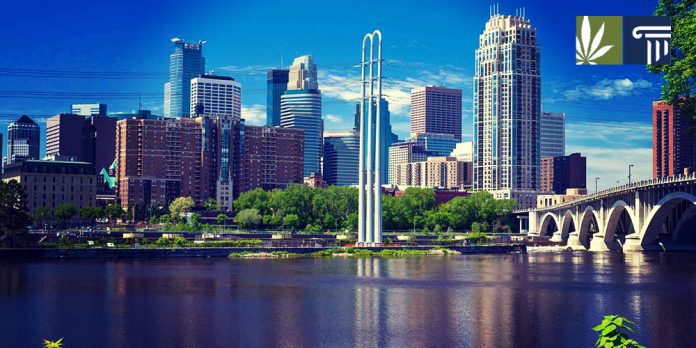 Leading Minnesotan Democrat says he will submit “the best marijuana legalization bill in the country to date” within two weeks.

House Majority Leader Ryan Winkler (DFL) first announced the bill alongside his co-sponsor Sen. Jeff Hayden (DFL) at a press conference several weeks ago. The duo had recently returned from a statewide tour to solicit public opinion and input on cannabis reform. Winkler said this tour helped inform the fundamental principles of the bill which “will be drafted and ready early this session.”

Winkler was scant with details about the bill, but he said he would keep taxes and regulations to a minimum to thwart the illicit market, include provisions friendly to small businesses, permit home cultivation, and introduce “the best equity proposal related to economic development that any state has brought forward.”

“We heard from Minnesotans that our current cannabis laws are doing more harm than good,” Winkler said. “By creating a regulatory framework we can address the harms caused by cannabis and establish a more sensible set of laws to improve our health care and criminal justice systems and ensure better outcomes for communities.”

“The cannabis legal system that we have today is a failure, and the message is that we need to figure out how to move on from that,” he said. “It will be a bill that will represent the best step forward for Minnesota and should be the best legalization bill in the country to date.”

Winkler announced the two week timeline at a rally organized by the Minnesotans for Responsible Marijuana Regulation (MRMR). State Attorney General Keith Ellison (DFL) was also there to give his support.

“We know that there is a definite racial impact when it comes to the enforcement of marijuana laws,” Ellison said. “We know that in one large city in our state, a young black man was 21 times more likely to be arrested for marijuana than his white counterpart… For me, I don’t think it’s good enough to have legalization, we need expungement.”

While House Majority Leader Winkler is big on optimism and believes Minnesota is “moving inevitably toward legalization,” that does not mean the path to get there will be smooth, nor particularly short. Though his party, the Democratic-Farmer-Labor party, controls the House, there could be up to 23 committees with jurisdiction over various provisions of the bill. Moving the bill through these committees will take time.

Then there is the matter of the Republican-controlled Senate, who are openly opposed to marijuana legalization. Senate Majority Leader Paul Gazelka (R) made himself clear just last month when he said legalization is “not good for Minnesota.” In 2019, a Senate committee snuffed out a cannabis legalization bill, and even dismissed a proposal to establish a task force charged with studying marijuana legalization.

Senators like Bill Inebrigtsen (R) are not shy to voice their disapproval of the proposed measure, and fall back on various debunked myths to support their case.

“I’m just appalled that our attorney general, along with our governor, is even in favor of this,” he added.

Gov. Tim Walz (D) has voiced his support for marijuana reform, and he instructed state agencies last year to “put all of the building blocks in place” for legalized adult-use cannabis so officials can move quickly on regulations if such a bill passes.

But Sen. Gazelka made clear again last month that legalizing recreational marijuana is not on the Senate’s agenda for the new session. The Senate Majority Leader’s hard-line stance has not deterred Winkler, and Leili Fatehi, campaign manager for MRMR, believes that’s because this is an election year, and a majority of Minnesotans support marijuana legalization.

“We’re well aware of the challenges that exist in the GOP-controlled Senate. We anticipate that the bill will get caught there,” Fatehi said. “But you know this is an election year, and we think Minnesotans are paying close attention to this issue and anticipate this will be the last year that a bill gets caught up.”