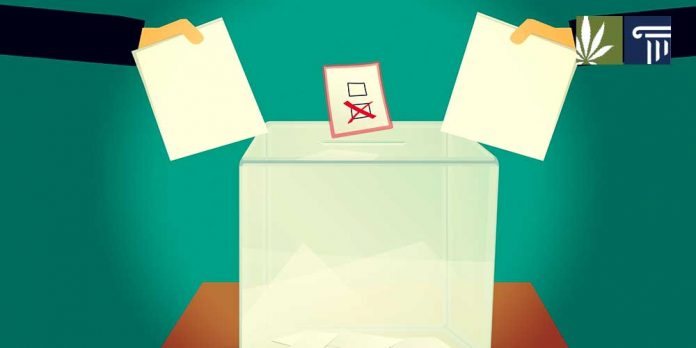 This is the question that could end up on the November 2020 election ballot, if the Medical Marijuana 2020 campaign collects the 86,000 signatures required by state law. So far, it has garnered over 60,000 signatures.

Jamie Grantham, director of communications for the Medical Marijuana 2010 campaign, said that the aim of the initiative is to cut through the red tape surrounding Mississippi’s medical marijuana provisions.

Grantham said it all started with Harper Grace.

A few years ago, Ashley Durval’s daughter Harper Grace was diagnosed with a rare form of epilepsy.

In 2014, when Harper Grace was two years old, Gov. Phil Bryant signed a bill into law that legalized CBD oil for treatment. But five years on, Harper Grace has still not been able to access the medicine.

“We want to be able to help Harper Grace get access to her medicine, and there are a ton of other people here in Mississippi that have debilitating medical conditions that medical marijuana would be helpful for,” Grantham said.

“CBD is only one of the more than 100 cannabinoids found in the plant,” Grantham said. “Medical research shows that there are many different types of conditions that people could benefit from this, such as those with Parkinson’s, cancer patients dealing with the effects of chemotherapy, chronic pain, HIV,” Grantham added.

There are 22 conditions listed to be eligible for medical marijuana treatment in the proposed initiative. According to Grantham, all of these are backed by medical research published in the Journal of American Medicine and other outlets.

“The way that this initiative is different is that it doesn’t just allow only a very small group of people with one specific debilitating condition to have access to just one cannabinoid from it,” Grantham said.

Doctors could recommend cannabis at their discretion

The proposal would allow doctors to certify at their own discretion whether a patient has a debilitating condition that medical marijuana could mitigate and recommend any part of the marijuana plant for treatment.

The Mississippi Board of Health would then provide the patient with a form that would be valid for up to 12 months.

After that, the Mississippi Department of Health could issue them a medical marijuana identification card.

ID holders could get the drug from licensed and regulated treatment centers and would be protected from civil or criminal sanctions from law enforcement.

Grantham assured that the program will be “tightly regulated.”

The Mississippi Department of Health would be in charge of the regulatory framework for the program, as well as processing applications from farmers and business owners.

“They will be the ones implementing regulations on medical marijuana,” Grantham said. “If it’s on the November 2020 ballot, then they will have to have it up and running and regulations functioning by August of 2021.”

If the initiative passes, it could create many job opportunities within Mississippi.

“It has to be grown in Mississippi, because of the federal law with it being a schedule one classification, it can’t travel across state lines,” Grantham said.

The campaign, funded entirely by contributions, has six months to collect the remaining required signatures.

According to a recent poll, 77 percent of Mississippians support the proposal.