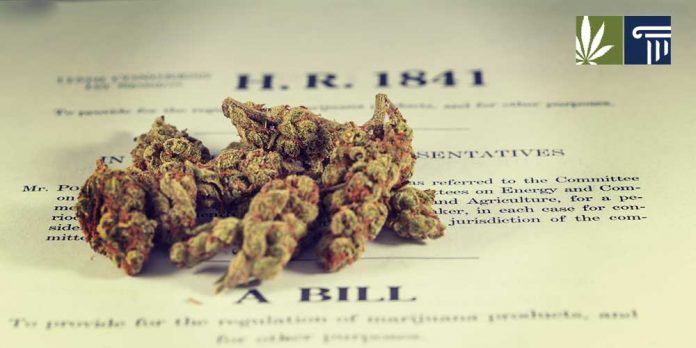 In Missouri, ballot initiatives for the legalization of marijuana appear likely to reach voters in November. Two of them are The Missouri Marijuana Legalization Initiative, a proposed constitutional amendment, and the Missouri Medical Marijuana and Veteran Healthcare Services Initiative.

According to Ballotopedia, New Approach Missouri, a group supporting the latter initiative, has announced that it has “more than 370,000 signatures” in support of the initiative, which needs “at least 160,199 signatures…to be valid.” And according to Forbes, in a “2016 survey…62% of Missouri voters supported” a medical marijuana initiative, “with just 27% against.” The state’s lawmakers have attempted to get ahead of the passage of one or more of these initiatives. In 2017, the state changed its marijuana laws so that people convicted of the possession of less than 10 grams of marijuana were not required to serve time in jail.

The Denver Post quotes Republican Representative Jim Neely, who has sponsored a medical marijuana bill: “’If we don’t take action…voters of this state may very well take the decision out of the hands of the politicians.’” The bill would allow sufferers from such diseases as Alzheimer’s, PTSD, and cancer to use marijuana legally. In Missouri’s capital, Jefferson City, both houses of the legislature are led by Republicans.

According to the Jefferson City News Tribune, Neely’s bill was passed overwhelmingly by the House of Representatives in early May. The bill would “legalize smokeless medical marijuana” for adult patients who obtain a doctor’s recommendation for the treatment of debilitating or terminal diseases. Parents of children with these diseases may also obtain a recommendation for their children. Advocates of the bill cited the alleviation of suffering for people in hospice care, while opponents claimed that in states where marijuana is now legal, use among teens has increased. (Studies have contradicted this claim.)

According to a recent article in the Kansas City Star, however, Neely’s bill has failed to pass the Senate, so it appears that voters will indeed be taking the matter out of the hands of the legislature. The article quotes a Democratic legislator, Jason Holsman, as saying: “We have senators in the chamber who simply won’t sit down and allow medical cannabis to come to a vote.”

According to the article, no fewer than four groups have submitted signatures to put legalization measures on the ballot in November. One measure proposes a retail tax of 4 percent on medical marijuana, with the revenue to be slated for the healthcare of veterans. Another measure proposes a 15 percent sales tax. Two similar initiatives propose full legalization and the release of prisoners convicted of nonviolent marijuana crimes.

What do you think: Will voters beat the legislature to the punch? Leave a comment below.