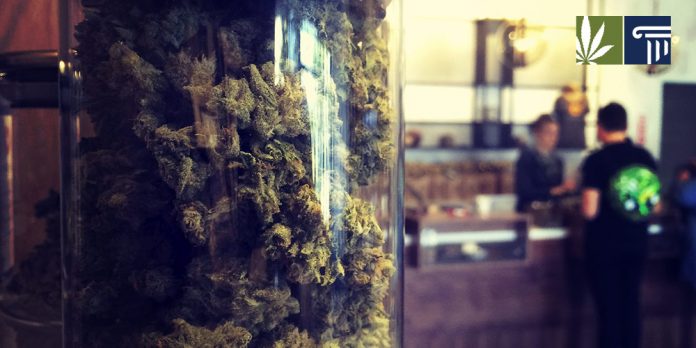 The Missouri state regulator for medical marijuana issued its first licenses to successful applicants seeking to open up a dispensary, amid concerns about the process for assessing applications.

The Missouri Department of Health and Senior Services (DHSS) is required to award licenses for at least 192 medical marijuana dispensaries – 24 in each congressional district – following a voter-approved constitutional amendment to legalize medical marijuana in 2018. Since the vote, DHSS has issued more than 30,000 medical marijuana ID cards to qualifying patients and caregivers.

But the wait for patients is not over yet. The plant must be cultivated and tested by other license-holding businesses since imports of medical cannabis are prohibited. So it won’t be until June, at the earliest, that qualifying patients can get a hold of their medicine.

Competition for the first batch of medical cannabis dispensary licenses was fierce, with 1,163 businesses submitting an application. While the DHSS could have awarded more than the 192 licenses, Lisa Cox, a spokesperson for the regulator, said they first want to see if demand will be met.

“In early 2019, DHSS commissioned an independent study from the University of Missouri to determine how many licenses would be necessary to meet Missouri’s demand,” Cox’s statement read.

“The results showed it would be many years before the medical marijuana market would be likely to sustain even the minimum number of licenses mandated by the Constitution.”

Applicants had to complete a lengthy application and received a score for each answer to DHSS’ questions. They were then ranked, and the 192 top-scoring applicants that met “all the eligibility requirements,’ as laid out by Missouri state law, were successful.

One such successful applicant is Bianca Sullivan, who is from Kansas City but studied in California where she campaigned for Proposition 215 in 1996, which made the state the first to legalize medical cannabis. Bianca received licenses to open two dispensaries under her company, Fresh Green.

“I was jumping up and down. I jumped into my husband’s arms,” she said. “Once we moved back here I never thought it would come here.”

Not everyone is so pleased. Many failed applicants for various licenses pertaining to the medical cannabis industry have raised concerns about the assessment of their application, which was carried out by Wise Health Solutions, a third-party blind scorer.

Leisa Stevens failed in her application, but is perplexed as to why she received zero points on a few of the questions even though she provided well-developed answers. She also failed to score any points when she complied with questions asking her to provide a marketing plan and proof of her right to build at the site she proposed.

“Some of these just seem like mistakes,” she said. “The state just turned this over to a scoring company so they really don’t have any responsibility for this. So it’s kind of a mystery.”

Stevens, an experienced paralegal, appealed the DHSS’ decision. She’s not alone, and legal experts think more challenges are on the way from the huge number of disgruntled applicants.

“I really think you’re going to see a number of additional lawsuits filed challenging the rules for medical marijuana applications,” said Greg Wu, who is representing several applicants in appeal.

“I have zero, zero faith in either the competency of the scoring company the state hired, or quite honestly, the general players who are involved in this industry in the state of Missouri,” he said. “It was either incompetence, corruption or a combination of incompetence and corruption.”

With so many applicants poised to take legal action against the DHSS, perhaps the state medical cannabis regulator will be forced to dish out more than their intended minimum number of licenses.