Medical marijuana is still a long way from reality in some states that have legalized it, especially Iowa, where a form of non-intoxicating cannabis is months if not years from reaching patients. 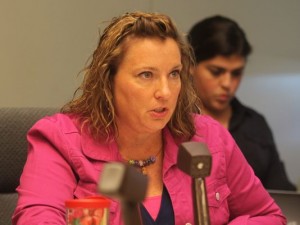 “I feel like it’s still light years away,” said Sally Gaer, the West Des Moines mother who helped convince lawmakers to allow CBD oil. “We have a lot more work to do.”

CBD extracts are rich in a chemical known as CBD, which has proved remarkably effective in treating severe childhood epilepsy. At the same time, they’re low in THC, the chemical that gets marijuana users high, and that makes them ideal for children.

Iowa adopted a CBD bill earlier this year, and it took effect in July. But there’s a major flaw in the law: It doesn’t allow anyone to grow weed in the state. Instead, patients must get it from another state and bring it home.

That raises numerous legal problems. Parents who drive to Colorado, buy pot, and drive it back to Iowa would be breaking Colorado law, which prohibits export of the drug. They’d also be violating federal law by carrying the weed across state lines.

That means patients and their parents could be out of luck for a very long time. One Des Moines entrepreneur has asked Iowa officials to let him ship cannabis oil from Colorado. But that wouldn’t resolve legal problems with either Colorado or the federal government.

Parents who pushed for the legalization of CBD oil, including Gaer, said they don’t see a light at the end of the tunnel. And in the meantime, their children are dying.

“Everybody keeps coming up to me and saying, ‘How’s that oil working for your daughters?'” mother Kim Novy said. She tells them it will be at least several months before she can get the drug.

Gaer and other parents said they’ve already found Iowa neurologists willing to certify their children for CBD oil, as the law mandates. But the state still hasn’t created a form to do so.

In addition to legal problems in Colorado, and the threat of federal charges, moms driving back to Iowa would risk arrest in any of the states in between, as those states don’t allow marijuana of any kind. Plus, it could cost families more than $1,000 a month to buy the pot – and that’s not counting travel expenses.

“What are we all going to do, get in a wagon train and go over the mountains?” Gaer asked.

State administrators held a hearing on the subject Aug. 27. They said they hope to start issuing registration cards to patients by the end of the year.

Deborah Thompson, administrator for the Iowa Department of Public Health, said she understood that the slow implementation of the law was frustrating. But, she said, “There are a lot of moving parts for any new program.”

The hearing drew a few dozen Iowans, some watching by video feed to other locations. There is already concern that the CBD law doesn’t go far enough. 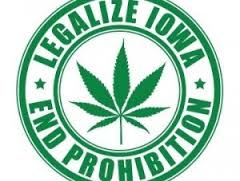 Most states with medical marijuana have adopted dried marijuana plant as a treatment for several or more conditions, while Iowa and other “CBD only” states only allow the non-intoxicating oil. In Iowa, the drug is allowed only for patients with seizure disorders.

“There’s many other people that suffer that should not have to suffer like they do,” said Linda Gale, who said she has Crohn’s disease and takes strong painkillers. “I’m not quite sure what the fear of cannabis oil is, when I take all these narcotics that make me sick and make me not be able to function.” 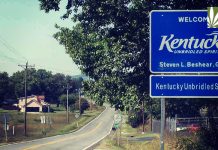 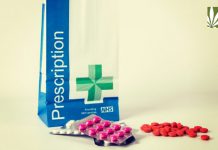 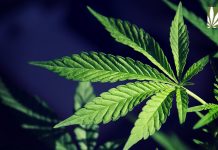