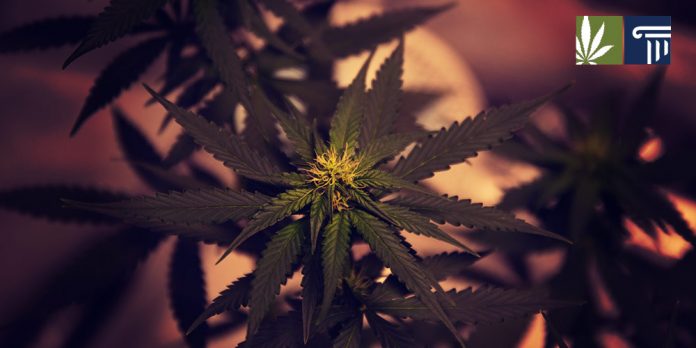 Earlier this month, the Senate passed a bill allowing medical marijuana patients and their caregivers to grow their own cannabis plants. Medical marijuana was legalized in 2013 but it remained illegal to grow, which rankles with many patients who complain cannabis from dispensaries is too expensive.

“Patients all over New Hampshire are benefitting from cannabis as an alternative to opioids, but many are unable to afford the expensive products that are available at dispensaries,” said Matt Simon, New England political director for the Marijuana Policy Project.

“Home cultivation is a cost-effective option that is available to patients and adults in all neighboring jurisdictions, and there is no good reason it should remain a crime for patients in the ‘Live Free or Die’ state,” he said.

The bill, SB 420, is much the same as a bill approved by both the House and Senate last year. It was then vetoed by Gov. Chris Sununu (R), and while the House garnered enough votes to override the veto, the Senate came up three votes short. SB 420 now makes its way to the other side of the Capitol.

A week or so after the Senate vote, following its passage through the House Criminal Justice and Public Safety Committee, lawmakers approved a marijuana legalization bill which does not include provisions to regulate or tax commercial sales of cannabis. Rather, the bill, HB 1648, would allow adults 21 and older to possess, cultivate and gift cannabis to other adults. It therefore proposes a similar system to that in Vermont, which legalized low-level marijuana possession and cultivation in 2018 without permitting sales, though that may soon change.

A more comprehensive marijuana legalization bill, with tax and regulations provisions, suffered a similar fate last year as well. After being passed by the House and receiving a hearing in the Senate Judiciary Committee, it lost steam and floundered in the chamber. Marijuana reform advocates believe the bill’s failure is due to Gov. Sununu’s hostility towards commercial cannabis legalization. They hope the scaled-back ambition of the new legalization bill will prove more digestible for the Senate as well as the governor.

“The Senate should join the House in passing HB 1648, and Governor Sununu should recognize that it’s time to bring New Hampshire’s cannabis laws more nearly into line with neighboring states,” Simon said.

House Criminal Justice and Public Safety Committee Chairman Renny Cushing (D) admitted lawmakers “don’t know how the governor will respond” to the marijuana legalization bill if it passes the Senate. It’s equally unclear if Sununu has softened his position on medical marijuana patients growing their own plants. If he hasn’t, then a few more senators will have to vote against the governor to ensure the bill’s passage.

If lawmakers fail to make progress on cannabis reform this session, Rep. Cushing thinks they could be punished later at the ballot box.

“I think that the legalization of cannabis is more popular than the legislature itself or the governor or any other political entity in the state of New Hampshire,” House Criminal Justice and Public Safety Committee Chairman Renny Cushing (D) said. “This is something that the people of the state of New Hampshire want. They don’t want to be treated like they’re criminals if they have a plant.”