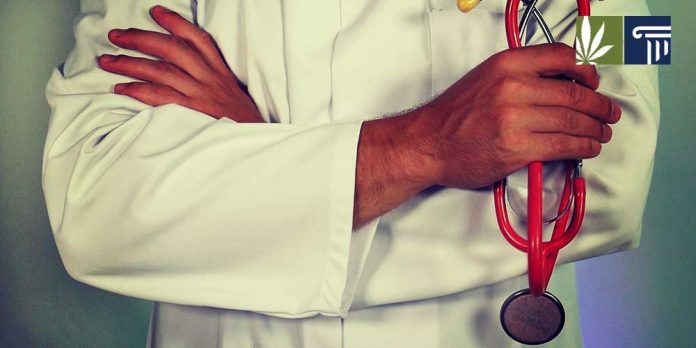 New Jersey is expanding its medical marijuana program by adding more illnesses eligible for cannabis treatment and increasing the limits on how much may be prescribed, among other measures, after Gov. Phil Murphy (D) signed the broad new bill into law on July 2, 2019.

Murphy signed the Jake Honig Compassionate Use Medical Cannabis Act alongside the parents of the bill’s namesake — a 7-year-old boy who died last year of brain cancer. Since their child’s death, Mike and Janet Honig have campaigned for easier access to marijuana to help alleviate the suffering of patients.

Patients can now obtain up to three ounces instead of two from dispensaries, with the law also establishing a commission that will review the limit after 18 months.

It increases a patient’s legal supply from 90 days to one year, and also permits home deliveries.

The law makes it easier for healthcare practitioners to prescribe marijuana by lowering the requirements from debilitating illnesses to qualifying illnesses. These include cancer, chronic pain, glaucoma, intractable skeletal muscular spasticity, opioid use disorder and seizure disorder, while other illnesses could be added later.

Under the new law, physicians and advanced practice nurses, not just doctors, can prescribe marijuana.

There are now three categories of marijuana licenses: cultivators, manufacturers and dispensaries. Previously, all three categories were covered by a single permit establishing alternative treatment centers (ATCs). As part of this measure, the law seeks to eventually expand the number of cultivators from six to 28.

State regulation of the medical marijuana industry will now be carried out by a five-member commission, taking over responsibilities of the program from the Health Department, while the 6.625 percent sales tax will be phased out over a period of three years.

For Mike Honig, the new law will help more patients, like his son, to manage their illness in the best possible way.

The expansions of New Jersey’s medical marijuana program follows closely on from Murphy and the Democratic-led Legislature’s failed attempt to pass adult-use marijuana legislation in March.

The program started nearly a decade ago under Gov. Jon Corzine (D), but was slow to be implemented by his successor Gov. Chris Christie (R), a staunch opponent of marijuana reform.

Now, the state’s medical marijuana program has more than 49,000 patients, compared with only 15,000 last year when Christie left office.