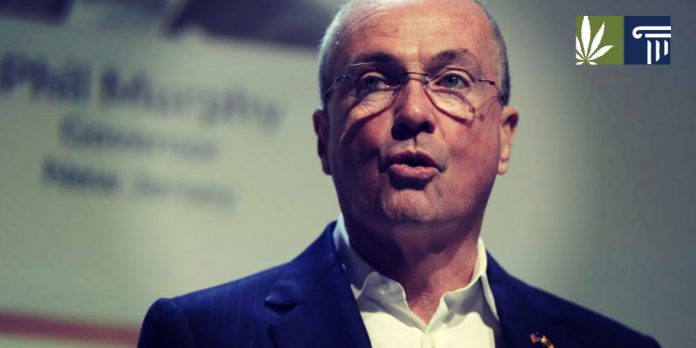 The governor of New Jersey signed a bill into law establishing a streamlined process for expunging criminal records resulting from low-level marijuana violations, as well as other nonviolent offenses.

Individuals convicted of low-level crimes such as minor marijuana possession would have their records expunged under a so-called “clean-slate” process, so long as they haven’t committed any new offenses for 10 years. The new law also requires that low-level marijuana convictions are sealed following a court case, so they do not come back to haunt those individuals in the future when looking for a job, education or housing.

At the bill-signing ceremony in Newark, Gov. Murphy, who was recently announced as the new chairman of the Democratic Governors Association, said New Jersey is a state that “believes in second chances.”

“I am proud to sign one of the most progressive expungement laws in the nation, which will allow more New Jerseyans the opportunity to fully engage in our society,” he added.

The new law includes a provision stipulating that the expungement process for many low-level cases is automated. An earlier version of the bill was conditionally vetoed by Murphy on the basis that the process needed to be more streamlined.

The new bill passed into law now establishes a task force to research and develop an automated expungement system, as well as how to overcome any technical or bureaucratic obstacles. The task force has 180 days to get the automated system in place.

Related to this is the introduction of an e-filing system which abolishes expungement petition filing fees for applicants. The new law ensures that $15 million is made available to facilitate the transition to an electronic filing system for applications.

The expungement law was one of two criminal justice reform bills rubber-stamped by Gov. Phil Murphy at the signing ceremony, just two days after both were passed by the state legislature. The other new law takes effect in 90 days and will restore the voting rights of more than 80,000 people currently on parole or probation. This means they will be able to vote in this year’s presidential elections.

The new laws have been applauded by criminal justice reform advocates in a state where racial disparities in arrests are pervasive. As a result, half of those unable to vote in New Jersey are black, though they comprise only 15 percent of the population.

“The collateral consequences that come with a criminal conviction have been devastating communities of color, perpetuating the cycle of poverty and fracturing families for much too long,” said Sen. Teresa Ruiz, one of the sponsors of the expungement bill.

“Whenever there is a conversation about the racial disparities among our state’s incarceration rates, we cannot forget that those convictions follow people for the rest of their lives,” she added.

“I’m very happy with the State Legislature for taking steps to ensure justice for the hundreds of thousands of New Jersey residents whose lives have been irreparably harmed by the disastrous policy of cannabis prohibition,” she said.

“However, I do hope the legislature moves swiftly to end the arrests of thousands of New Jersey residents every month for simple possession. To expunge records while creating new ones is not only a waste of taxpayer dollars but a continued injustice on the backs of New Jersey’s most vulnerable residents,” she added.

Nationwide arrest data published last year revealed that New Jersey had the third-highest number of arrests in the country for marijuana, while the state was second only to Wyoming in terms of per-capita cannabis arrests.

Gov. Phil Murphy has called for quick legislation to decriminalize low-level cannabis possession ahead of the November ballot when voters will be asked whether they support adult-use marijuana legalization. The ballot vote comes after several marijuana legalization bills faltered in the New Jersey House.