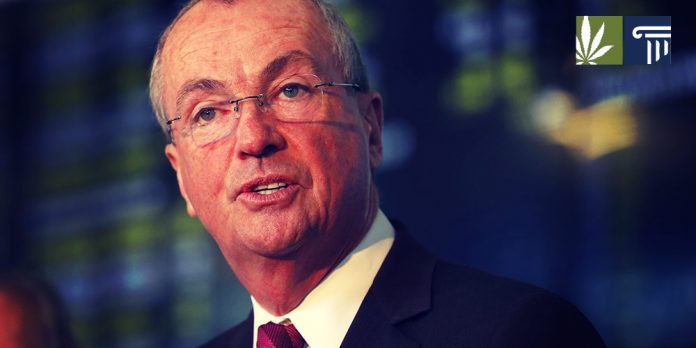 New Jersey Gov. Phil Murphy (D) wants to work with lawmakers to swiftly decriminalize cannabis possession in the state as a stop-gap measure until the 2020 ballot, when voters will have their say on a broader legalization question.

Murphy hopes that legislation to remove criminal penalties for cannabis possession will pass with greater ease than hotly-contested bills to legalize marijuana and regulate sales.

“Decriminalization of adult-use marijuana cannot be our long-term solution, but we now must turn to it for critical short-term relief while we await a ballot measure on legalization next November,” Murphy said.

At one time, the New Jersey governor was unsure about decriminalizing marijuana in the absence of a legal and regulated market. He said that doing so could swell the illicit market and increase law enforcement’s workload.

But with little prospect of cannabis legalization until November 2020, Murphy now thinks that inaction is not an option.

Gov. Murphy stressed in a tweet that he would work with both chambers to pass cannabis decriminalization legislation “as soon as possible.”

Murphy’s move towards decriminalization legislation comes after the legislature failed, for the second time this year, to put forward a bill that would legalize adult-use cannabis and establish a retail market.

When it became clear to the proponents of the cannabis legalization bill that they do not have the votes needed in the Senate, they introduced a resolution to include a marijuana legalization question on the November ballot next year.

To get put before voters, the resolution requires a three-fifths majority in both the state Senate and Congress over one year, or a straight majority over consecutive years.

Murphy outlined his conviction that the people of New Jersey would vote in favor of cannabis legalization if given the chance, with polls consistently showing strong majority support for the measure.

“Although I remain disappointed in the Legislature’s inability to legislatively legalize adult-use marijuana, I am optimistic that the people of New Jersey, who overwhelmingly support legalization, will vote to do so,” he said. “And, when they do, we will take a critical and long overdue step for real criminal justice reform.”

In the meantime, it remains unclear whether a bill to decriminalize cannabis will be as straightforward to pass as the governor might hope. According to NJ.com, sources close to the discussions are uncertain about the fate of such a measure.

Senate President Stephen Sweeney (D) shares Gov. Murphy’s prior concerns that decriminalization could “make the black market that much stronger,” but said he is committed to finding a solution.

“[I’m] open to doing something because it’s gonna be a [while] before we get [legalization] done. We’ve got to figure something out,” he said.

As well as pursuing marijuana decriminalization, Gov. Murphy said he will also focus in the coming year on expunging the criminal records of individuals with low-level marijuana convictions.