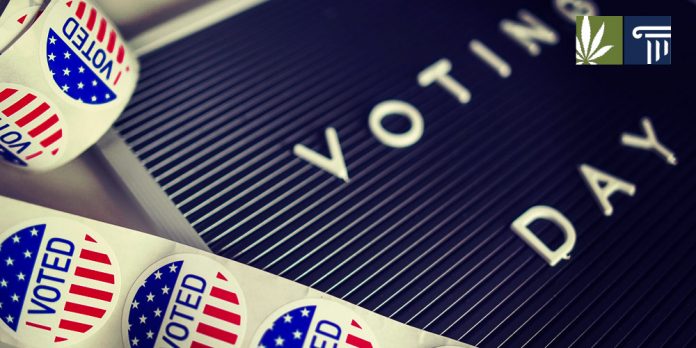 New Jersey voters will have their say on marijuana legalization next year, after lawmakers approved a proposed ballot question earlier this month with a super-majority.

The Senate passed the measure by 24-16, while the Assembly voted 49-24 in favor, with one abstention.

The fact that the proposal secured a three-fifths supermajority means that lawmakers will not vote on it again in the next legislative session, which would have been the case had the measure only passed by a simple majority.

Come November, New Jersey voters will be asked if they approve of an amendment to the state’s constitution which would legalize recreational cannabis for adults aged 21 and over. The proposal includes provisions detailing the expansion of New Jersey’s medical cannabis regulatory body into the recreational market.

Sales of recreational marijuana would incur the state’s 6.625 percent sales tax, and municipalities would have the power to impose local taxes of their own.

The vote followed a day of heated debate in both the Assembly and Senate, as specially-appointed committees outlined the measure in full, alongside input on the issue from advocates, law enforcement and stakeholders.

“The time to end the prohibition of adult-use cannabis is now,” said Assembly Speaker Craig Coughlin at the hearing.

But while pro-reform advocates and lawmakers welcomed the opportunity for New Jersey voters to have their say on cannabis legalization, a ballot question was not their preferred option.

Speaker Craig Coughlin and Gov. Phil Murphy wanted to pass marijuana legalization legislation twice this year, but failed to convince enough lawmakers on the specifics of the proposals. They then outlined their intent to put the question before voters through a ballot initiative.

While disagreements were often divided along partisan lines, such as with concerns that a proposed legalization bill would allow marijuana dealers to expunge their criminal records too easily, opposition also frequently arose on each side of the political aisle.

Karen O’Keefe of the Marijuana Policy Project (MPP) argued that since lawmakers couldn’t agree on a comprehensive bill, issues of racial and social justice in relation to the harms caused by cannabis prohibition will be sidelined.

“While this is an important step, the legislature’s action is bittersweet,” said O’Keefe.

“MPP preferred the comprehensive, 147-page legalization bill, which included robust social equity provisions and would have gone into effect much sooner. We urge the legislature not to let those important protections fall by the wayside.”

“The legislature should immediately decriminalize marijuana, to save tens of thousands of New Jerseyans from the trauma and humiliation of arrests. And the state should ensure that implementation includes strong provisions to benefit and include those who have been disproportionately harmed by marijuana prohibition.”

Gov. Murphy shared O’Keefe’s disappointment at failing to pass a legalization bill, and said he intends to quickly work on legislation that would decriminalize cannabis possession until more comprehensive reform can pass.

Here is the ballot question approved by New Jersey lawmakers in full:

CONSTITUTIONAL AMENDMENT TO LEGALIZE MARIJUANA
Do you approve amending the Constitution to legalize a controlled form of marijuana called “cannabis”?

Cannabis products would be subject to the State sales tax. If authorized by the Legislature, a municipality may pass a local ordinance to charge a local tax on cannabis products.