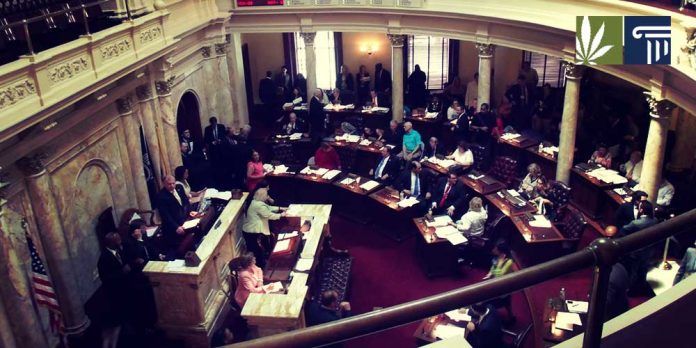 In a major blow to New Jersey Gov. Phil Murphy, for whom marijuana law reform has been a signature issue, Senate President Steve Sweeney canceled on Monday a scheduled vote on a marijuana legalization bill.

If passed, the bill would provide for the legalization of recreational marijuana, expungement of prior convictions, and the regulation and taxation of cannabis sales.

“I may have underestimated the challenge of getting this passed,” a somewhat resigned Sweeney said during a press conference at the Statehouse. “That means in a way that we failed.”

Both Sweeney and Sen. Nicholas Scutari (D-Union), the key sponsors of the legislation, implied another vote could be possible before November but it’s unclear when the Senate will take it up again.

At a separate press conference on Monday, Scutari suggested he’d be open to some amendments to win over more senators, though he declined to say what changes he’d be willing to make.

The fight goes on

On Monday morning, Sweeney and Murphy were only a few votes short of advancing the bill.

“While we are all disappointed that we did not secure enough votes to ensure legislative approval of the adult use cannabis bill today, we made substantial progress on a plan that would make significant changes in social policy,” Sweeney said in a statement issued shortly after noon.

“Governor Murphy has shown real leadership in driving this issue. He worked with Speaker [Craig] Coughlin, with me and with the bill’s sponsors and social justice advocates in a shared commitment to change failed drug laws and reform the criminal justice system,“ Sweeney said. “This fight is not over. We need to learn from this experience and continue to move forward.”

“While this legislation is not advancing today, I remain committed to its passage. The Senate was very close to 21 votes and, with more education and advocacy, I believe we will get this legislation across the finish line,” he said.

Democratic lawmakers spent the weekend trying to get undecided voters on board, but on Sunday night only 18 senators had pledged their support, three votes short of the 21 necessary for approval.

New Jersey legislators weren’t the only ones working on securing support for the bill over the weekend. Comedian and cannabis entrepreneur Whoopi Goldberg, who is a resident of West Orange, New Jersey, made phone calls to lawmakers to ask for their votes and wrote an op-ed that was published on Friday in various news outlets.

“For countless adults across New Jersey, myself included, marijuana has never been about getting high just for the sake of it,” she wrote. “And, that’s something that lawmakers on Monday need to remember. The unhinged and dire doomsday prophecies of some simply have not come to fruition elsewhere, nor will they in New Jersey.”