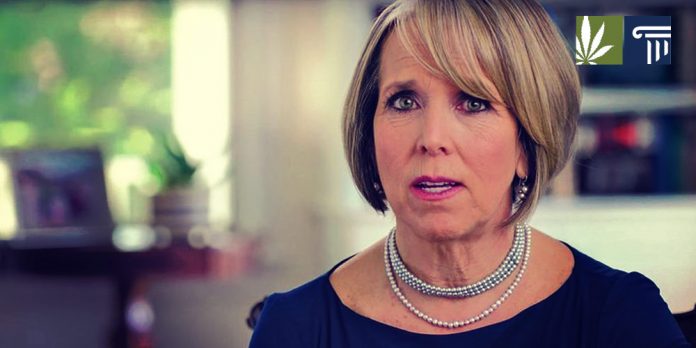 New Mexico lawmakers may have once again failed to pass marijuana legalization legislation before the end of the most recent legislative session, but Gov. Michelle Lujan Grisham (D) is “open to any number of pathways” on the issue.

A Senate committee approved a cannabis legalization bill in January but it was voted down by another three weeks ago, much to Gov. Grisham’s disappointment.

New Mexico’s short legislative sessions means lawmakers won’t reconvene until early 2021. At that point, the governor said lawmakers could seek marijuana legalization through a voter-approved constitutional amendment rather than through the legislature. Lawmakers would still have to give the green light to put a marijuana legalization question to voters through a ballot.

Gov. Grisham was elected in 2018 and made cannabis legalization a priority in her 2020 agenda. In her State of the State address she reiterated her commitment to establishing a regulated and equitable cannabis industry in New Mexico. So far in her tenure, Grisham has only signed a marijuana possession decriminalization bill into law.

“Overwhelmingly in every county, New Mexicans believe that that’s a productive economic path forward,” the governor said. “My job is to keep with them, making the case and trying to the best of our ability to answer any question, deal with any conflicts and to make sure that when we do anything, our expectation is that New Mexico does it the best and that we set aside and move aside by addressing them, any unintended consequences or potential risks.”

Last year, the House of Representatives passed a marijuana legalization bill whereby the state would manage most of the retail stores. The measure was approved by one Senate committee but never made it to the floor for a full vote.

In the wake of last year’s failure to advance cannabis reform, the governor established a working group to look at the issue and give recommendations. The panel released its findings the following October. It recommended that a cannabis legalization bill should contain provisions for automatic expungement of low-level marijuana offenses and for ensuring the participation of marginalized communities in the industry.

Piecing together marijuana reform legislation with these provisions in consultation with advocates and experts proved an onerous task. Grisham praised the “incredibly transparent” process but recognizes it also ensured “you get a lot of questions about how it works.” The idea of shifting much of the decision-making weight to New Mexico voters is therefore appealing, especially given the strong support the measure has across New Mexico.