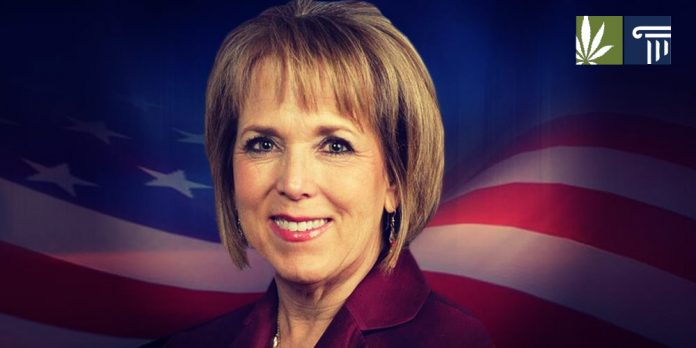 A committee of New Mexico lawmakers met on November 13, 2019, to discuss recommendations put forward by a governor-appointed Cannabis Working Group of a legal adult-use cannabis market in the state.

Gov. Michelle Lujan Grisham (D) set up the Cannabis Working Group to sketch out the potential regulatory framework and tax arrangements of a legal marijuana market, as well as address public health and safety concerns, in view of a possible vote on marijuana reform come January, 2020.

Pat Davis, chair of the working group and a member of the Albuquerque City Council, addressed the meeting by stating that a legal marijuana industry would be lucrative, but expensive to establish. As such, one of the recommendations put forward is to allocate cannabis sales revenues towards a venture capital fund for individuals from marginalized communities to access low-interest loans for starting a marijuana business.

“New Mexico is ready for this,” he said. “We found that New Mexico has been doing this for 10 years already [with medical cannabis], and this is just a multiplier in terms of regulation and infrastructure. This is a real opportunity.”

The Cannabis Working Group’s report envisages an additional 11,000 jobs and $620 million in annual sales within five years of a legal cannabis system. They estimate overall tax revenue from both adult-use and medical marijuana markets at $100 million a year.

But the report recommends eliminating sales tax from medical marijuana, in order to ensure access for low-income patients.

The report also advises for the expungement of prior marijuana convictions and that home cultivation is either restricted or prohibited altogether.

They propose limiting state and local taxes on recreational marijuana sales at 17 percent, and charging licensed cannabis producers $500 a month on top of additional fees based on how much they produce.

Earlier this year, the New Mexico House passed a marijuana legalization bill, which included provisions for cannabis sales in state-run stores. But while it was approved by a Senate committee, it did not make it to the Senate floor for a vote.

Senate President Mary Kay Papen (D) is not an ardent supporter of marijuana legalization, but has an open mind about it.