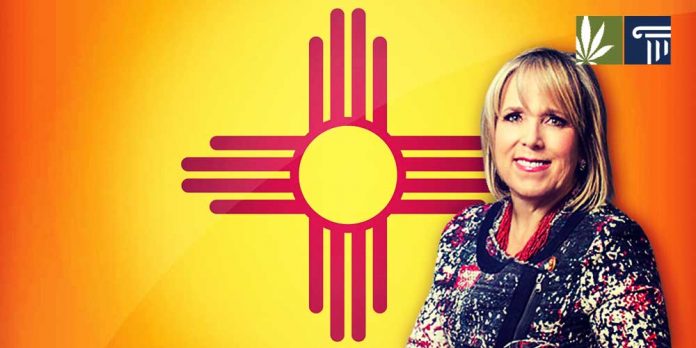 Lawmakers approved the bill that would remove criminal penalties for cannabis possession on March 16, 2019.

While the bill is a step forward for marijuana reformers, many are disappointed that more far-reaching legislation to legalize and regulate cannabis sales approved by the House earlier this month got held up in a Senate committee.

The Senate first approved the decriminalization bill on March 5. The proposal returned to the House last week for a final vote on the minor amendments made by the Judiciary Committee.

The broader legalization bill passed the Senate Public Affairs Committee after approval of the House on March 8. Eventually, it stalled in the chamber’s Finance Committee after its chairman refused to hold a vote on it.

Unlike in other states, the bill would have left cannabis sales mostly to state-run stores, with only some licensing allowances for private retailers.

The decriminalization bill, sponsored by Joseph Cervantes (D), would treat possession of small amounts of cannabis (up to half an ounce) as a penalty assessment misdemeanor without the threat of jail time, and decrease the fine to $50.

“Ending the criminalization of marijuana in New Mexico is a strong step toward taxing and regulating marijuana for adults and represents bipartisan support on an issue that was untouchable a few years ago,” Emily Kaltenbach, New Mexico director for the Drug Policy Alliance, said in a press release. “It gives us confidence that New Mexico will legalize marijuana in the coming years, finally ending the havoc criminalization has wreaked on black, brown and Native communities.”

“This bill ensures that until we do legalize, people will not have their lives destroyed by being criminalized and stigmatized for possessing marijuana for their personal use,” she said. “Decriminalizing small amounts of marijuana and paraphernalia will improve lives, save taxpayers’ dollars, and reduce the burden on law enforcement resources.”

According to a fiscal impact report, the bill could help the state realize cost savings.

“Currently, these charges carry criminal penalties that require court hearings to be set automatically. Criminal charges, which carry the potential of jail time, require the defendant to be arraigned by a judge, and often require additional hearings to resolve the charges,” the report explained. “Processing of penalty assessments involves less court resources than criminal cases.”

Gov. Grisham came out in support of legalizing marijuana with appropriate regulations during her 2018 election campaign, but her stance on the decriminalization bill is not yet known.