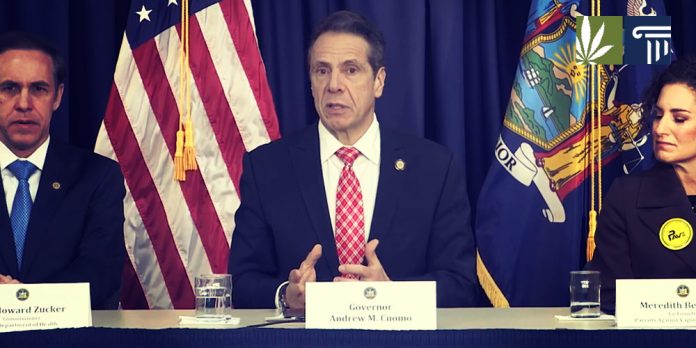 New York Gov. Andrew Cuomo is embarking on a tour of legal cannabis states to better inform his own plans to reform New York’s marijuana laws.

Gov. Cuomo made the announcement at a press conference in New York City, and said he hopes to learn what did and didn’t work in at least three states which legalized marijuana.

In particular, Cuomo said he wants to discover what lessons have been learned from provisions in legal cannabis legislation aimed at promoting social equity.

“Everybody has goals,” he said. “We want a goal of social equity, we want to make sure young people can’t get it, et cetera. We want to make sure there are advantages to communities that have been oppressed. But then you look at the aftermath and many of those goals haven’t been met, right?”

Gov. Cuomo reiterated in his 2020 State of the State address that legalizing marijuana in New York is one of his legislative priorities. He then went on to include adult-use marijuana provisions in his 2020 state budget proposal, which has already been met with opposition. He tried this approach last year as well, which led to protracted negotiations among lawmakers to pass a stand-alone cannabis legalization bill that ultimately stalled in the Senate. The New York legislature ended up passing a cannabis decriminalization bill later that year though.

Cuomo’s administration is also working with other regional state officials to coordinate their cannabis legalization plans. In October, 2019, New York hosted a Regional Cannabis Regulation and Vaping Summit with the governors of New Jersey, Pennsylvania and Connecticut in attendance, with a view to agreeing on a basic set of principles for legal cannabis markets and to harmonize tax and regulatory approaches to cannabis.

With a combination of regional coordination and input from states that have legal marijuana industries, Cuomo wants New York to have “the best bill and the best system when we pass it, and I want to pass it by April 1.”

Gov. Cuomo is likely to be accompanied on the tour by the newly-appointed director of Cannabis Programs, Norman Birenbaum, but Cuomo’s spokesperson said precise details of the trip will be announced soon. The governor’s renewed push for cannabis legalization follows a recently published survey showing strong majority support for the measure in New York.