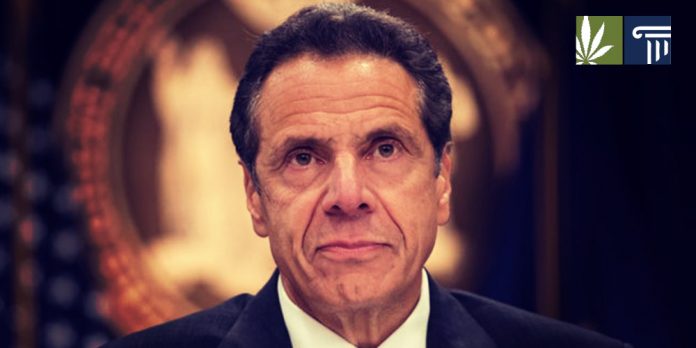 In the face of lawmaker opposition, Cuomo’s amended effort includes new provisions regarding the regulation and taxation of the legal industry, and revised enforcement powers against illicit operators. This is the second year that Cuomo included marijuana legalization in his state budget proposal. Last time out, it was dropped and a stand-alone proposal was introduced to the legislature, but the bill ultimately floundered.

In a repeat of last year though, the governor and lawmakers are still at loggerheads on how to allocate cannabis tax revenues, and whether the measure should be passed through the state budget or the legislature. Cuomo wants the projected $300 million in revenues to go straight to the state’s general fund, whereby decisions on how to spend the money would be made annually as part of his budget. Lawmakers insist on allocating the funds for specific programs and services, such as treatment for drug addicts, drug education efforts, improved road safety measures, as well as directing more of the money towards disadvantaged communities who have felt the brunt of the state’s drug war.

Cuomo has conceded ground on the question of how to regulate a state-legal cannabis program in his proposed budget. Last year, he wanted to appoint an individual cannabis czar, who would be able to determine, for example, THC potency levels, the provision of cultivation and retail licenses, and where in the state marijuana could be grown. Now, Cuomo is putting forward a proposal for a five-member board who would determine the marijuana regulatory system together and provide oversight to a new state Office of Cannabis Management. The five-member board would also all be Cuomo appointees, bringing into question how sincere he is in his offer to relinquish control. The question of trust is an important one for Gov. Cuomo, who only came out in support of marijuana legalization at the end of 2018 having previously described cannabis as a “gateway drug.”

The proposed Office of Cannabis Management would include a deputy director responsible for social equity issues, who would be able to funnel cash towards deprived communities through prioritized sales licensing for individuals and small enterprises from such areas. This was another sticking point last year for minority lawmakers who demanded any marijuana legalization efforts must address historically disproportionate policing tactics against black and Latino communities for cannabis possession.

Birenbaum further outlined a proposed new penalty method to incentivise illicit cannabis operators to move into the legal market, whereby they would face a tax-department imposed fine rather than the deterrence of criminal sanctions. This follows on New York’s new decriminalization law for low-level marijuana possession, and the possibility of expunging criminal records for such offenses.

“This is a way to make sure we have proper incentives for people to operate in the legal market,’’ Birenbaum said.

“Increases in marijuana-impaired driving and fatalities, thriving black markets, sustained social injustice and increased youth use are just a handful of the ill effects commercialization breeds. And no matter how many states try, pot does not bring the promised ‘windfall’ of revenue,” wrote Kevin Sabet, president of Smart Approaches to Marijuana, in a statement last week. Most New Yorkers appear in favor of ending adult-use cannabis prohibition though. A recent Siena College poll put support for marijuana legalization in New York at 58 percent, with 28 percent against.