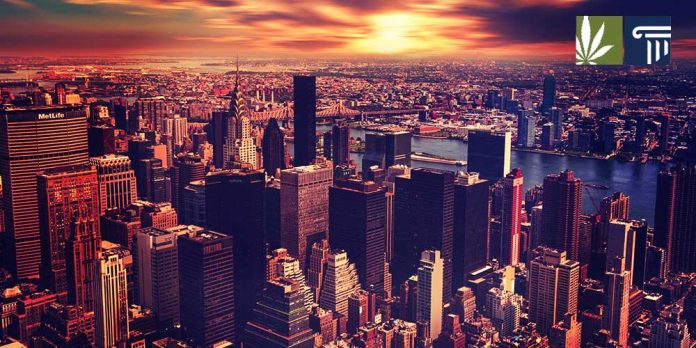 New York legislators have voted in favor of a marijuana decriminalization bill, which removes criminal penalties for possession and use of small amounts of cannabis. The move follows Gov. Cuomo’s failure to legalize recreational use and expand the state’s medical marijuana program.

In line with the new legislation, unlawful possession of cannabis will carry a violation, rather than a low-level criminal charge. Possessing less than one ounce will be punishable with a $50 fine. The charge for possession of one to two ounces would also be reduced from a misdemeanor to a violation and carry a fine of up to $200.

Critics of the measure worry that it doesn’t go far enough and will do little to curtail racial profiling in law enforcement. Historically, cannabis arrests in New York have disproportionately affected people of color, with the state having one of the highest rates in the country. Although the bill would also expunge prior marijuana convictions, which could benefit 600,000 New Yorkers, possession of more than two ounces would remain a criminal offense, and public consumption a ground for arrest.

Kassandra Frederique, director of the Drug Policy Alliance for the state of New York, said that “when there is a choice, law enforcement will continue to criminalize communities of color,” and that “the continued racial disparities show that.”

The state Senate approved the legislation on June 20, just a few hours before adjourning this year’s session. The bill passed in the Assembly the next morning, before it closed for the year.

Sen. Jamaal Bailey (D), who sponsored the bill, said that it is not necessarily “a panacea or a utopian thing we’ve accomplished,” but added that the legislation “is really a step in the right direction and being able to kind of stem the tide of this failed war on drugs that has unfairly and disproportionately affected Black and Brown communities so much.”

Bailey pointed out that low-level criminal charges affect people for life, and limit their access to housing, education and employment. But Republican lawmakers expressed opposition to the bill, warning it could lead to increased traffic accidents and encourage drug use among minors.

The measure came as a last-minute chance to introduce cannabis reform before the end of the year’s session, after a legalization bill that would regulate and tax cannabis sales stalled in June. Some legislators hope the new legislation will be a prelude to legalizing recreational marijuana. But their earlier failure to reach consensus on how to spend tax revenue or whether local communities should be able to oppose hosting dispensaries, could likely hold up legalization until 2021 or 2022.

Gov. Andrew Cuomo, who was accused of poor leadership in getting the more comprehensive legislation approved, is now expected to sign the decriminalization bill into law.

“It’s not legalization,” he said radio interview on June 19. “But it is decriminalization and it’s a major, major accomplishment.”