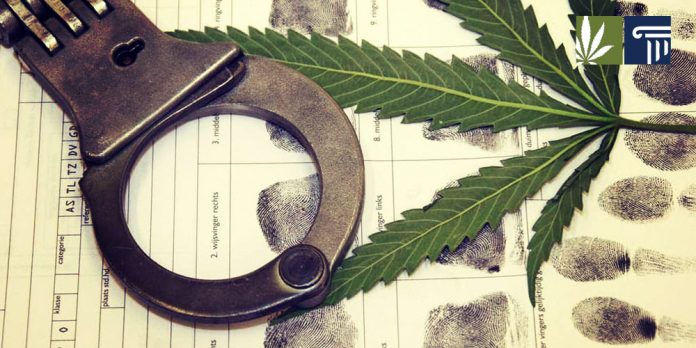 Two former NFL players are looking at serious jail time after federal agents said they found a huge load of cannabis in a car he was travelling in through Texas.

Former Cleveland Browns offensive linesman Greg Robinson and former Indianapolis Colts wide receiver Jaquan Tyreke Bray are currently in a Texas jail charged with possessing 157 pounds of cannabis with intent to distribute. Both await an appearance before a judge and face up to 20 years in a federal prison if convicted.

Media reports indicate that Robinson, Bray and a third unidentified passenger were traveling from Los Angeles to Louisiana in a rented car. They drove past a Border Patrol agent with a drug-sniffing dog at a remote stretch in West Texas. The dog detected the scent of marijuana from the passing vehicle so the agent radioed a checkpoint stationed further down the road to recommend an inspection. Upon stopping and searching the vehicle, officers said they found several large bags of vacuum-sealed cannabis, alongside glass jars, packaging equipment, and $3,100 in cash.

The third unidentified passenger in the vehicle is reportedly “an Uber driver who also drove and ran errands for Robinson and his family and friends.” The individual showed the agents text messages from Robinson allegedly offering the unidentified passenger money to say the marijuana belongs to them. A responding text from the passenger indicates they refused this offer and said they would not have made the journey at all had they known there was illegal drugs in the car. On this basis it seems, the third passenger was not charged.

Robinson was recently told by the Browns that they wouldn’t be re-signing him for the 2020 season, while Bray was released with an injury settlement by the Colts in 2017. Last season, Bray played for the Montreal Alouettes in the Canadian Football League.

Robinson and Bray’s arrest comes at a time when the NFL authorities proposed to no longer suspend players who test positive for cannabis in a drug test. The NFL has been somewhat slow to change its policy considering the NBA, MLB and NHL either stopped testing players for cannabis or removed it from their list of prohibited substances.

The move was announced on Twitter by NFL Media’s Tom Pelissero.

The change in policy was welcomed by fans, some of whom accused the game’s authorities of hypocrisy for punishing cannabis use whilst overseeing an environment where players are pressured to take addictive prescription painkillers.

The NFL’s policy change certainly doesn’t mean Robinson and Bray would be welcomed back into the fold. Even if Robinson and Bray somehow avoided prison, they would likely still be punished by the NFL under its personal conduct policy.