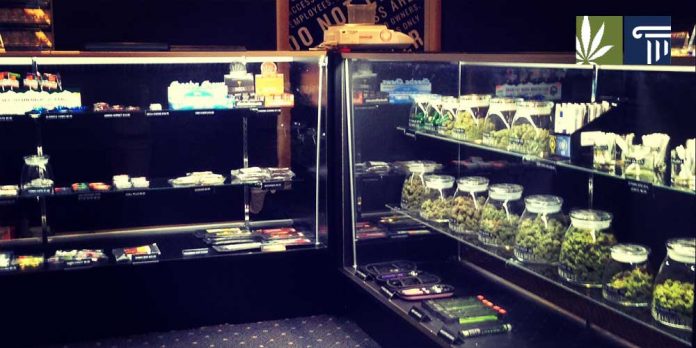 While medical marijuana is legal in both states, there are no legal vendors of recreational marijuana in either. In Vermont, no regulatory structure or provision for sales was part of the legalization bill, which took effect on July 1. Since passage of the legalization bill, the Vermont legislature tried but failed to pass legislation that would provide a framework for regulated adult-use sales. Representative Diana Gonzalez and Lieutenant Governor David Zuckerman led efforts to bring a tax-and-license bill to a vote, but they were thwarted by last-minute manoeuvring on other, must-pass legislation.

The recreational legalization law that passed in Massachusetts does include provisions for a regulated market, but so far no licenses have been issued. The Cannabis Control Commission (CCC), the agency in charge of issuing licenses, is implementing a thorough “seed to sale” regulatory system. The licenses that it will be issuing are highly specific as well. There are eleven tiers of indoor and outdoor cultivation facilities, from under 5,000 square feet to a top limit of 90,000 to 100,000 square feet. There are also licenses for craft marijuana cooperatives, microbusinesses, manufacturing, testing labs, retail spaces, two types of transportation, and research labs. The CCC has more than 200 license applications under review.

More than one reason has been given for the slow rollout of recreational marijuana in both states. Lawmakers in Vermont and Massachusetts are divided on the issue, and in both states the governors are less than enthusiastic about legalization. In the case of the CCC, there are reports that lawmakers who oppose legalization are doing what they can to slow down the CCC’s implementation program. The CCC’s ambitious goal of implementing a fully regulated market almost from scratch is another likely factor behind the delay in issuing licenses.

The chair of the CCC, Steven Hoffman, acknowledged in an interview that he “felt pressure from day one to get this right.” He also said that the mandate from the voters is “to make it accessible, but it is also to do so in a way that enhances public health.”

The CCC has made some decisions about implementation. At least for now, there will be no “pot cafes” or venues where public consumption will be legal. Another rule bans home delivery. A third bans those with criminal records for dealing in drugs other than marijuana from engaging in the legal marijuana trade.

While implementation in the two northeastern states takes its bureaucratic time, there are some legal and illegal options available. Vermonters who want recreational marijuana may grow their own, as the law allows for two mature or four immature plants per household. Vermont also borders Canada, where recreational marijuana is not only legal but available in retail markets. It remains illegal, however, to bring marijuana across the border. In Massachusetts, which borders Vermont, the illegal market still exists, with lower prices than the dispensaries but also with all the attendant risks.

What do you think? Will Vermont and Massachusetts have legal pot shops anytime soon? Leave a comment below.