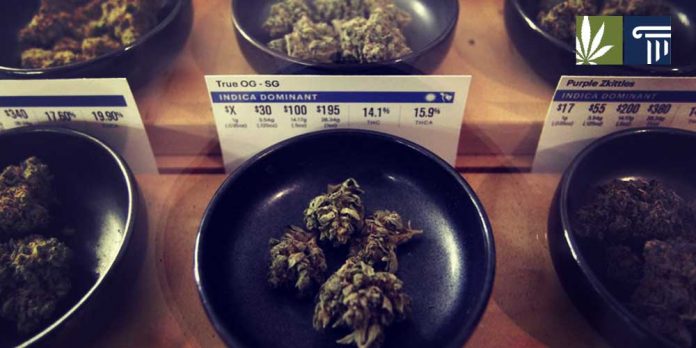 On August 13, North Dakota’s secretary of state, Al Jaeger, announced that enough valid signatures had been collected to place a measure to legalize adult-use marijuana on the ballot in November.

According to the Grand Forks Herald, David Owen, chair of the Legalize ND campaign, was on hand to celebrate when the announcement was made at Jaeger’s office in Bismarck. Owen’s grass-roots group has collected signatures, 14,637 of which were deemed valid. The state, which has a population of 672,591, requires that 2 percent, or 13,452, of its people sign a petition to place an initiative on the ballot. According to one poll by Kitchens Group, a plurality of voters in the state favor passage of the initiative.

No mention of possession of cultivation limits

Known as Measure 3, the initiative would legalize the recreational use of marijuana in the state by those twenty-one and over and provide for automatic expungement of marijuana convictions. The initiative also criminalizes sales to minors and sets no limits on how much an individual can possess or grow. Further, in the initiative’s broadly written language, “No person over the age of 21 shall be prosecuted in any court for any drug paraphernalia relating to any non-violent marijuana activity.” The breadth of this language, which could give an attorney or legislator pause, may be thought of as an expression of frustration with the state’s legislative process. For example, North Dakota legalized medical marijuana two years ago, also by initiative, but the implementation of the state’s medical marijuana program has been slow. One report from May announces the selection of two businesses to produce the medical marijuana, with no word on dispensaries. The initiative process, after all, exists to bypass legislatures that refuse to address issues that voters do want addressed.

The victory of a recreational marijuana initiative in North Dakota is indicative of a new acceptance of legalization by those who previously opposed it. According to recent polls, for the first time a majority of Republican voters support legalization. Comments on Legalize ND’s Facebook page also show popular support for the rejection of many of the arguments that have long been made in support of the status quo. The drug war in general, and marijuana prohibition in particular, is losing support among conservatives as it has among liberals. States’ rights, pain relief for veterans, and the hypocrisy of maintaining the illegality of a plant with an excellent safety record while keeping opioids legal are some of the reasons why support for legalization is gaining ground even in red states.

We applaud the hard work and dedication from the campaign and countless volunteers on the ground in North Dakota who went door to door and out into their communities to gather the signatures required to put this on the ballot in November. Marijuana legalization is no longer a regional or partisan issue. Well over 60% of all Americans support ending our nation’s failed prohibition and I expect North Dakota voters to send shockwaves across the country this fall when they join the growing contingent of states who have chosen the sensible path of legalization and regulation over prohibition and incarceration.

North Dakota is not the only state that will have cannabis initiatives on the ballot in November. Michigan (adult use), Missouri (medical), and Utah (medical) will as well.

What do you think? Will North Dakota go legal? Leave a comment below.