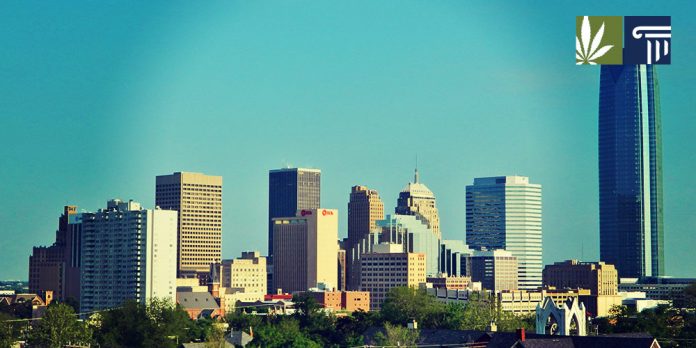 A coalition of marijuana legalization advocates in Oklahoma are aiming to put the question to voters at the state’s 2020 ballot.

The coalition of local groups, with the support of the national advocacy group New Approach PAC, submitted a proposed title to Secretary of State Michael Rogers last month.

If approved by voters, the measure would amend the Oklahoma Constitution to allow adults 21 and older to possess up to one ounce of cannabis, and to grow up to six plants. Licensed retailers would sell marijuana subject to 15 percent excise tax, in addition to state and local taxes. Revenues would go towards funding the program’s implementation and public services such as education and drug treatment centres.

The measure would also establish a pathway to expungement for those convicted of low-level cannabis charges.

One of the named submitters of the petition, Amy Young, believes public support is on their side.

“We have seen all across Oklahoma, from our cities to our rural areas, the widespread support among our voters to regulate and tax adult marijuana use,” she said in a press release. “The status quo wastes law enforcement resources that would better be spent fighting serious crimes. It’s time to let the people decide this issue.”

New Approach PAC campaign manager Michelle Tilley agrees that more and more Oklahomans are on board with legalization after seeing other states implement it successfully.

“Other states have successfully legalized marijuana, and Oklahoma would greatly benefit from this change in policy as well,” Tilley said. “Our state is ready for this common sense approach.”

“We can remove marijuana from the unregulated market and put it behind the counters of regulated businesses,” she said. “For several months Oklahomans have been working on writing this petition. Now we are in the process of putting together a broad campaign to go through the petition process.”

The first hurdle is Secretary of State Rogers’ approval. If he gives the green light to the proposed title and wording, the coalition will have 90 days to secure 178,000 signatures in order to make it onto the 2020 ballot.

But already the process has been slightly delayed due to concerns raised by stakeholders in Oklahoma’s medical cannabis program. They feared the initial proposal did not contain sufficient protections or benefits for them.

Medical marijuana was approved by Oklahoma voters in 2018 through a ballot measure, and has proven hugely successful. There are now more than 220,000 registered medical marijuana patients and 1,500 dispensary licenses have been issued.

As a result of the medical cannabis stakeholders’ concerns, the coalition withdrew their initial effort and have now submitted a revised version. While much of the content remains the same, the new proposal specifies that the 15 percent excise tax will not apply to medical marijuana, and that only medical cannabis businesses would be eligible for recreational retail licenses for the first two years of the program’s implementation.

“The new ballot initiative strengthens the language of the previously filed initiative to ensure that we are crystal clear that this program does not adversely affect the current Oklahoma medical marijuana industry or its patients,” Michelle Tilley said in a press release.

“While we did not foresee any issues with our original language, we are strong supporters of Oklahoma’s medical marijuana programs and we felt it was worthwhile to eliminate any uncertainty.”

“Since medical marijuana became legal in Oklahoma, not only have thousands of Oklahomans benefited as patients, many Oklahomans have invested their own money in building businesses. Those businesses have in turn created good jobs throughout the state.”