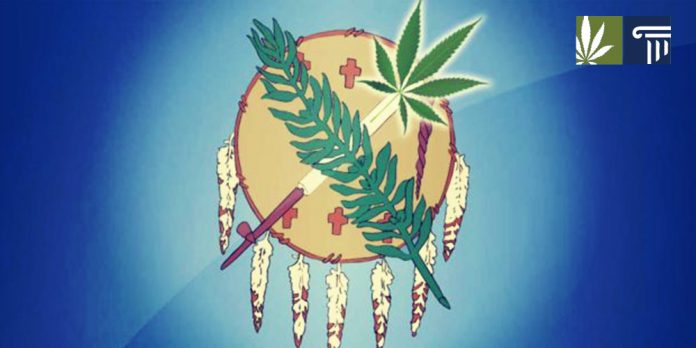 House Bill 2612, otherwise known as the Oklahoma Medical Marijuana and Patient Protection Act, was passed by lawmakers earlier this year following a ballot initiative in June 2018, where voters approved the legalization of medical marijuana.

The new law states that qualifying patients for medical marijuana may not have access to firearms, public assistance or certain types of employment withheld from them as a result of their patient status.

“No employer may refuse to hire, discipline, discharge or otherwise penalize an applicant or employee solely on the basis of a positive test for marijuana components or metabolites,” the law reads.

The measure also expands patient access to medical cannabis by allowing podiatrists to recommend medical marijuana treatment, while prohibiting a ban on smokable marijuana and limits on THC concentration in medical marijuana products.

For marijuana distributors, the law includes new requirements for packaging and labeling.

But it is the employment protection provisions which are of particular benefit for the 160,000 Oklahomans with medical marijuana licenses.

Employers are still permitted to request their employees or applicants to undertake drug screenings, but a positive result for marijuana use is not a legitimate reason to deny employment if the individual possesses a valid license to use medical cannabis.

Some jobs are excluded from employment protection provisions, however, such as those that involve “tasks or duties that the employer reasonably believes could affect the safety and health of the employee performing the task or others.”

Contractors and employers on behalf of the federal government are also not subject to the law, given marijuana’s status as a Schedule I controlled substance at the national level.

Local governments in Oklahoma, on the other hand, are prohibited from enacting “guidelines which restrict or interfere with the rights of a licensed patient or caregiver to possess, purchase, cultivate or transport medical marijuana.”

Is this latest measure a sign that legal recreational marijuana may soon be coming to Oklahoma?

For Chip Paul, one of the initiators of the 2018 ballot question, this may be the case but for now the priority is establishing a viable medical cannabis industry in the state.

“Medical marijuana is here to stay in Oklahoma, absolutely and I think that we will work very hard to protect the footprint that we’ve built,” Paul said.

State Sen. Greg McCortney thinks the number of successful medical marijuana card applications, twice what was expected by this time, is an indication that there is not a strong need for legal recreational marijuana in Oklahoma.

“The people who would want to make it recreational, I’m guessing they’re already getting their marijuana and so going out and trying to get the signatures for a ballot initiative, it’s a lot of effort,” he said. “I would be surprised if they put forth that effort, but you never know what people might do.”