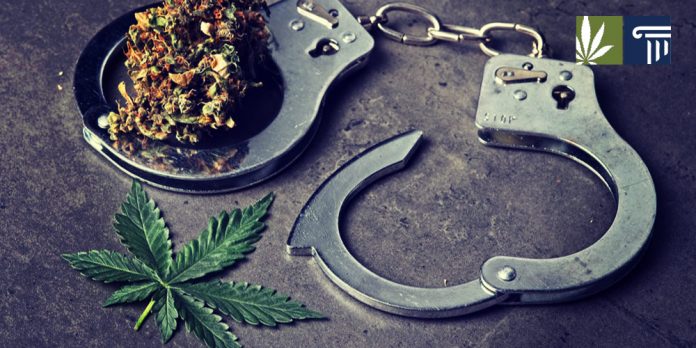 A cannabis education group has set up what may be the world’s first online training program for law enforcement officials to learn how legal and regulated marijuana works in practice.

The small beach town in California introduced a legal marijuana market last year amidst local opposition, which argued that cannabis dispensaries would encourage criminal activity. But local authorities pushed ahead knowing that the tax revenue from marijuana sales would help to plug holes in the town’s budget. Sure enough, marijuana sales now bring in around $175,000 a month to Port Hueneme’s coffers.

The transition to a legal market has, by some accounts, been seamless. Police Chief Salinas says this is partly to do with the training that his department provided to officers and his insistence that cops become familiar with local dispensaries and their owners.

“We are not pro-cannabis, we are pro-enforcement and pro-regulation,” Salinas said.

“I wanted my officers to be comfortable with these locations and nearly all officers have been given tours and shown the security features of each dispensary,” he added.

Salinas believes that the close relationship fostered between law enforcement and dispensaries means that illegal marijuana activity is more likely to be reported to the authorities. This, he argues, is a win-win for pot shop owners, law enforcement and the community at large.

Salinas wanted to take the same educational approach to the wider Port Hueneme community, which had been sceptical about a legal cannabis market. So far, he has led six public forums on marijuana which have proved a success.

“They have all been sold out,” he says. “Why? Because people want to hear the right information from a credible source who has the facts.”

This success, based on a commitment to education and interaction, is what led to a partnership with Green Flower Media.

“Chief Salinas was so focused on education and being a good steward of sound cannabis governance,” said Max Simon, co-founder of Green Flower Media. “He was immediately excited about the idea of creating education and training programs with Green Flower.”

The course developed by Green Flower Media covers issues like possession laws, the differences between federal, state, and local cannabis regulations, the rights of marijuana delivery drivers, and the public consumption of cannabis, among many others.

“The course is necessary for helping law enforcement understand this new landscape,” said Simon. “That way they can both be more effective in their role, while also being more understanding to cannabis consumers and professionals.”

Police Chief Salinas and Green Flower Media hope the partnership will help to increase understanding between law enforcement and the wider public in order to smooth the transition from prohibition to legalization.

“We want the correct information being disseminated to our officers and to the public,” Salinas said. “There are so many myths and preconceived notions about cannabis that we feel can be answered.”The course will be available on the Green Flower Media website from the second quarter of 2020.