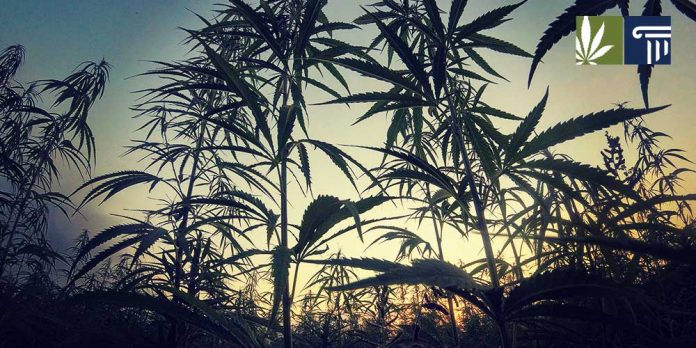 The Senate in Oregon voted in favor of a bill that would limit the supply of cannabis in the state. In a 18-10 vote, lawmakers approved a 2-year temporary freeze on marijuana production. The bill now heads to the House for consideration.

The legislation would not only keep the production of cannabis at its present level, but also prevent regulators from issuing new cultivation licenses. Growers who are currently licensed will still be able to renew their permits during the freeze.

Oregon legalized medical marijuana in 1998, and recreational cannabis in 2014. Since then, the establishment of a regulated sales industry for cannabis products prompted a boom in cultivation across the state. Oregon’s optimal climate for marijuana production contributed to the overproduction of high-quality plant.

The product quickly saturated the state’s wholesale marijuana market, which turned out to be problematic for regulators, lawmakers and the industry. As the retail market could not deal with such a high production volume, Oregon began to investigate where the surplus was being redirected.

According to some, it must have been diverted into the out-of-state black market. U.S. Attorney for the state of Oregon quoted postal service data reporting that in 2017, law enforcement had confiscated 2,644 pounds of outbound marijuana and over $1.2 million in cash.

The concerns about the implications of the surplus have been growing in recent years. State Sen. Michael Dembrow (D-Portland) presented market projections, which suggest that the supply of cannabis already produced in Oregon would last the state for more than 6 years.

The cultivation industry has also experienced the huge impact of the excess cannabis production, as it drives down wholesale prices, lowers profit margins and encourages illicit sales in the process. But imposing limits on production will also affect cultivators and wholesalers within Oregon’s legal marijuana industry.

The proposal to also freeze the issuance of new cultivation licenses has attracted criticism from politicians of a more libertarian persuasion, who believe the state should not interfere in the forces of supply and demand, but leave it up to the free market to regulate how they shape the industry.

Indeed, some of these criticisms are not without merit, as the laws of supply and demand are affected by more than just retail sales. In 2017, these accounted for only 11 percent of the total amount of cannabis produced that year. But the flower has also other applications and manufacturers purchase it wholesale to produce “value-added” THC merchandise, such as oils, tinctures, concentrates and edibles.

Oregon regulators are struggling to determine how much cannabis the state needs to provide for its legal market. That is precisely what the lawmakers are trying to achieve by introducing the freeze. Holding the supply at the same level for two years could give them, as well as regulators and the industry, a better insight into how much cannabis they should grow.