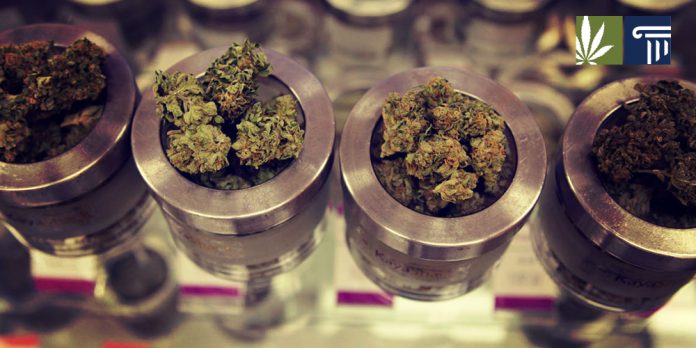 Retail marijuana has been available in Oregon since voters legalized the drug in November 2014, but otherwise life hasn’t changed all that much. Northwest potheads are still Northwest potheads, and pot is still easy to find pretty much everywhere.

Still, the little differences matter. Few people get arrested for toking anymore, the state is taking its cut of the market in taxes, and Oregonians have a thriving new industry that continues to create jobs.

But what exactly is legal in Oregon when it comes to cannabis? Here’s a quick primer.

Q: Who can buy legal marijuana?

A: Oregon law allows adults over 21 to buy small amounts of marijuana at licensed pot shops across the state. The drug is available for both medical and recreational use.

Q: How much marijuana can I buy, possess, and use?

A: It is legal in Oregon to buy up to a quarter ounce per store per day, to possess up to 1 ounce of cannabis in public, and to possess and use up to 8 ounces at home. All public consumption is illegal and subject to fines.

Q: How much marijuana can I grow?

A: Adults may grow up to four cannabis plants per residence as long as the plants are kept out of public view. Oregon residents may purchase an unlimited number of seeds and as many as four immature plants.

Q: Where can I find legal marijuana?

A: Cannabis can be purchased for any use at select medical marijuana dispensaries until late 2016, when it will go on sale in recreation-only stores across the state. Residents may also grow up to four cannabis plants at home, while any adult over 21 may gift up to an ounce of pot as long as nothing else of value changes hands.

Q: Can I toke and drive?

A: The quick answer is no. The long answer is absolutely not. Driving while impaired by marijuana is a crime, with penalties similar to those for drunk driving: jail, fines, and restrictions on driving privileges.

Q: Can I use marijuana in public?

A: It is illegal to use cannabis anywhere other than private property where the owner has given consent. A “public place” is defined by law as “a place to which the general public has access and includes, but is not limited to, hallways, lobbies, and other parts of apartment houses and hotels not constituting rooms or apartments designed for actual residence, and highways, streets, schools, places of amusement, parks, playgrounds and premises used in connection with public passenger transportation.”

Q: Can I safely travel with marijuana?

A: It is legal to transport up to an ounce of cannabis from one point to another in Oregon, but it is a federal crime to carry the drug across state lines. That means it is illegal to carry pot from Washington to Oregon, even though it is legal in both states.

Q: What about edibles? Are marijuana brownies legal?

A: Adults in Oregon may make, give, and use marijuana-infused products, including edibles, topicals, and tinctures. These products can be found at many medical dispensaries but won’t be immediately available at recreational shops when they open.