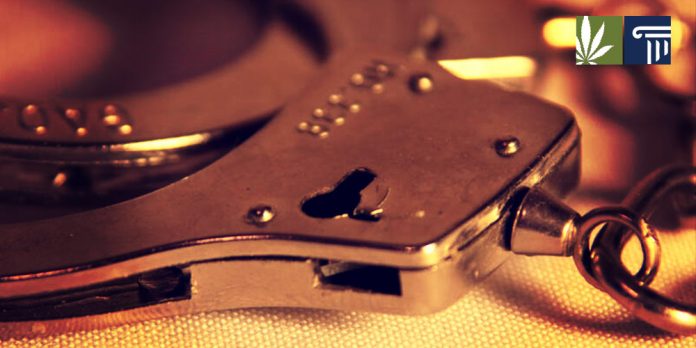 Arrests for marijuana possession in Pennsylvania declined sharply in 2019, according to preliminary data released from the state’s Police Uniform Crime Reporting System.

While the figures are subject to slight adjustments, data from last year reveals that 19,900 adults were arrested for possession of 30 grams or less of cannabis. The year before, the number of arrests for this offense stood at nearly 24,000.

Chris Goldstein, a regional organizer for NORML in Pennsylvania, requested the arrest data which he said demonstrates a “significant shift.”

“Previously, there were steady annual increases in arrests for cannabis possession – thousands more every year – while other drug arrests had plateaued. Now, there is a clear downward trend in arresting marijuana consumers,” he said.

“This is likely the result of two major policy changes: More than twenty decriminalization or penalty downgrade ordinances passed by city councils across the Commonwealth, and approximately a quarter of a million registered medical marijuana patients,” Goldstein added.

Pennsylvania’s medical marijuana program became operational in 2018, after lawmakers approved it in 2016.

Philadelphia was the first jurisdiction in the state to take action to decriminalize low-level cannabis possession. In 2014, the city started issuing civil fines to individuals found with small amounts of marijuana, instead of arrests and further criminal proceedings. Other large cities soon followed Philadelphia’s lead, including Harrisburg, Erie, Pittsburgh, and York. Some districts, such as Allentown, passed ordinances decriminalizing marijuana possession which have yet to be put into law.

“We are clearly going to legalize marijuana and tax it here in the Keystone State, so we should stop these arrests right now,” said Reidy.

Andy Hoover, ACLU Pennsylvania spokesperson, said the latest arrest figures are encouraging, but that any arrests are still too many, and that they are still disproportionately happening to people of color.

“At the very least, this means less people who are cannabis consumers are getting tied up in the criminal legal system. That’s a positive. The damage that is done when a person is arrested is significant, and it’s people of color who are disproportionately impacted, despite the fact that cannabis consumption is the same across races,” said Hoover.

“Ultimately, the state legislature can stop these arrests from happening altogether by wiping marijuana possession from the commonwealth’s criminal law. For now, at least police in Pennsylvania are arresting fewer people,” he added.

Still, Pennsylvania recently ranked in the top five states for marijuana possession arrests and prosecutions. And Pew Research recently released a report showing that Northeast states comprise 53 percent of the country’s 663,000 cannabis arrests, and that 90 percent of these are for simple possession.

While the preliminary arrest figures for 2019 suggest a step in the right direction, more drastic measures are necessary to prevent law enforcement from being able to target cannabis consumers, especially in a state where there is strong public support for marijuana legalization, an expedited expungement process, and a comprehensive cannabis legalization bill under discussion.