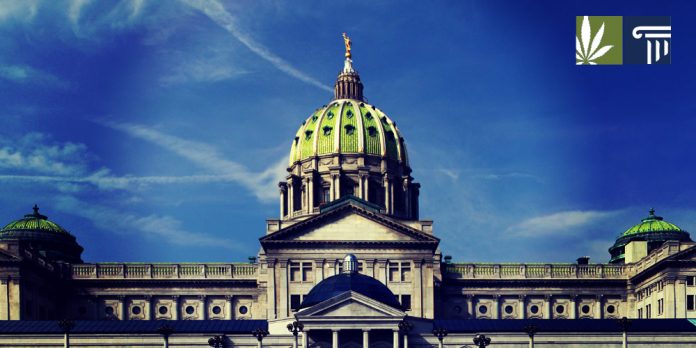 Pennsylvania has introduced an expedited process to have low-level marijuana convictions expunged from an individual’s criminal record.

The Pennsylvania Board of Pardons is now encouraging people with marijuana-related criminal records to come forward to state officials and have their case reviewed.

If the individual is successful, they will be granted a pardon application. No fee is incurred for filing an application.

Upon receiving a pardon, the individual is then able to make an application with county officials to have their marijuana-related criminal conviction expunged from public records.

“[O]ne thing we can do right now is alleviate the burden of small-amount, nonviolent convictions that scar the lives of otherwise productive citizens,” Lieutenant Governor John Fetterman said.

“These people have done no harm to anyone else. They shouldn’t continue to suffer with employment and housing issues because they were convicted of doing something that most Pennsylvanians don’t even think should be illegal.”

Earlier this year, such a bill was introduced to the Pennsylvania House of Representatives, which would amend the 2016 Medical Marijuana Act to legalize the sale and recreational adult-use of cannabis.

Wolf’s position has changed markedly since last year when he expressed doubts about marijuana legalization. But he did endorse a county-by-county listening tour this year, undertaken by Lt. Gov. John Fetterman, to hear the public’s view on the issue and gather their input

Based on this tour and submissions gathered through an online portal, public officials estimate that support for marijuana legalization in Pennsylvania is between 65 and 70 percent.

“We now know the majority of Pennsylvanians are in favor of legalization, and that includes me,” Gov. Wolf said in a statement.

Attorney General Shapiro wrote on Twitter, “Continuing to criminalize adult personal marijuana use is a waste of limited law enforcement resources, it disproportionately impacts our minority communities and it does not make us safer.”

Republican leaders in the Pennsylvania House of Representatives responded to the expungement measure and legalization plans with “disappointment” and “frustration” at Gov. Wolf.

“We do not believe [that] easing regulations on illegal drugs is the right move,” they said in a prepared statement.

In spite of marijuana decriminalization measures in certain localities, minor marijuana possession in most of Pennsylvania can still result in 30 days of jail time, though in practice this does not happen often.