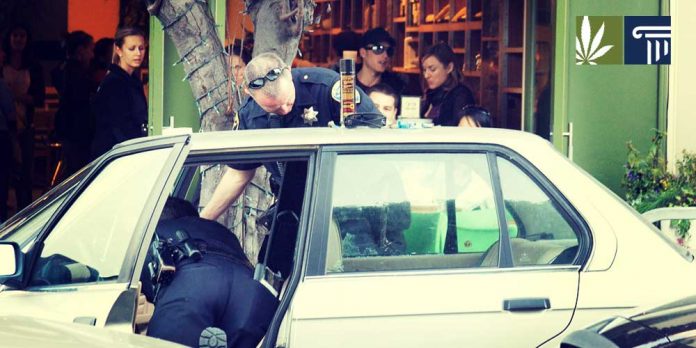 The Burlington Police Department in Vermont announced a 70 percent drop in traffic searches since the state legalized marijuana.

Vermont’s largest police force released a report at the end of July containing details of the dramatic decrease, which is credited by law enforcement officials to the fact that possession of up to one ounce of marijuana became legal for adults last year.

“The legalization of marijuana significantly changed how traffic stop searches are conducted in Burlington,” the report states.

On July 30, 2019, the Burlington Board of Police Commissioners came together to discuss the implications of the report. Officials said that the data shows positive trends towards “safety and fairness” but that work is still to be done.

“[It’s] immensely gratifying to see that, one year after possession and personal cultivation of cannabis were legalized, Vermont’s largest police force searched 70% fewer drivers than in the year before legalization,” said Dave Silberman, an attorney and drug policy reform advocate. “We’ve taken away the pretextual excuse that cannabis possession gave police officers to harass drivers of color, and as a direct result, fewer drivers of color are being harassed.

“These racial disparities were widespread, and found even in police departments with progressive leaders who are genuinely trying to eliminate systemic racism from within, as is the case with the Burlington Police Department,” he added. “This new data shows how important it is for us to keep pushing for drug policy and broader criminal justice reform statewide, and to proactively take away the tools of oppression, rather than waiting for police departments — no matter how well-intentioned — to reform themselves.”

Vermont is not the only state to see a drop in traffic searches post-marijuana legalization. Both Colorado and Washington saw roughly a 50 percent drop in traffic searches after establishing commercial marijuana markets in 2012, according to a 2017 study. Another consequence of legalized marijuana could also be that it enables law enforcement to focus on more serious, violent crimes. A 2018 study suggests as much, saying that declines in marijuana possession arrests in legal states were accompanied by more arrests for violent and property crimes.