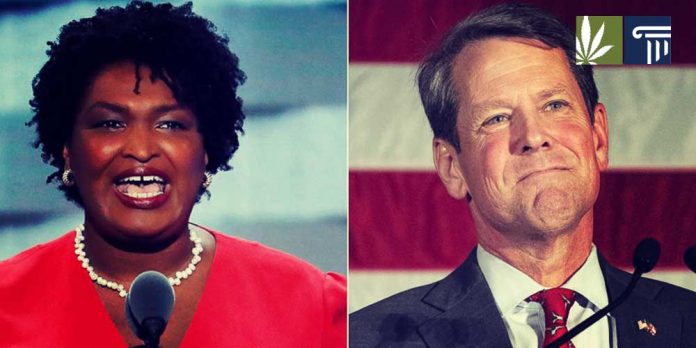 A recent poll of Georgia voters finds that 55 percent favor adult-use legalization and only 33 percent oppose it, with 12 percent not sure. In contrast, a poll conducted in 2017 showed that only 46 percent favored legalization.

The difference a year makes was less pronounced on the issue of medical marijuana and in-state production of CBD. In the recent poll, conducted by SurveyUSA on behalf of a local television news station, 72 percent answered yes to the question: “Should Georgia allow state-regulated cultivation of marijuana in order to produce legal cannabis oil?” This result was similar to the previous poll, which showed a similar number of Georgians supported a full-fledged medical marijuana program. This year the legislature did manage to pass, and the governor sign, a bill expanding the state’s medical CBD program slightly, adding some conditions for which patients could be eligible. There is as yet no state-approved program for sales of CBD, however, so patients must resort to the black market.

If the SurveyUSA poll is any indication, other issues typically associated with liberals are also finding more or continuing support with Georgia voters. For example, a solid majority—around 70 percent—favored Medicaid expansion last year and still do this year. The state’s GOP leadership has opposed Medicaid expansion, and legislative attempts to create alternatives have failed. In addition, the poll shows race for the governor’s office is a toss-up, with Republican Brian Kemp leading the Democratic candidate, Stacey Abrams, by only two points. Georgia has not had a Democratic governor in 20 years. Kemp opposes Medicaid expansion; Abrams favors it.

In a letter dated October 22 and recently released to the press, Jimmy Carter, a former governor of Georgia and president of the United States, calls on Kemp to resign his position as Georgia secretary of state. Currently, Kemp’s office is holding back more than 53,000 voter registrations, most of them from black voters, who often vote Democratic, on account of signatures and data such as addresses that are not an exact match with existing records. Carter writes:

In Georgia’s upcoming gubernatorial election, popular confidence is threatened not only by the undeniable racial discrimination of the past and the serious questions that the federal courts have raised about the security of Georgia’s voting machines, but also because you are now overseeing the election in which you are a candidate.

Civil rights groups are suing Kemp over his handling of the state’s voter lists. An investigation has found that more than 1.6 million names have been removed from the state’s voter rolls in the last 10 years. The state’s electronic voting machines have also been the subject of lawsuit; for example, in one recent election in a rural precinct, the machines recorded 670 ballots cast, although the precinct has only 276 registered voters. In another story, a county official ordered a group of black senior citizens off a bus that was to take them to the polls (Georgia has early voting). The official claimed that the rules of the senior center from which they were departing forbade “political activity.”

The SurveyUSA poll shows that the majority of Georgia’s voters now support legalization. High levels of support for in-state cultivation and Medicaid expansion, however, have not resulted in legislation, so it is not yet clear whether the November election will turn the tide.

What do you think? Will Georgia’s election be fair? Will Abrams win, and if she does, will legalization have a chance in Georgia? Leave a comment below.