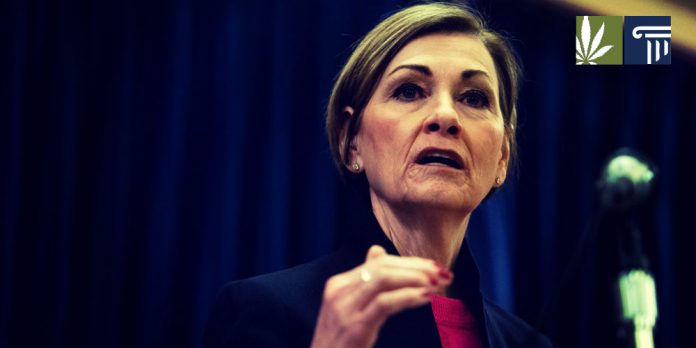 A new poll found majority support for adult-use marijuana legalization in Iowa for the first time.

Des Moines Register and Mediacom report that 53 percent of respondents to a survey carried out by the pollsters Selzer & Co. favored statewide legalization for recreational use. Forty-one percent said they opposed legalization, with the remaining 6 percent unsure.

The latest survey results indicate a remarkable swing in public opinion in the space of just 7 years. Selzer & Co. has polled Iowa residents on the issue every year since 2013. At that time, almost 70 percent of Iowans said they were against marijuana legalization, and only 29 percent were in favor. As recently as 2018, almost 60 percent of Iowans still opposed legalizing cannabis. Last year, opinion had shifted to the extent that the public was essentially split 50-50 on the issue.

Over this period, dozens of states have enacted some form of marijuana legalization. Yet Iowa cannabis law remain extremely harsh –- possession of any amount of marijuana is a criminal misdemeanor.

Age is the biggest demographic divide when it comes to legalizing cannabis. Seventy-five percent of Iowans 35 and younger support the measure, while only 34 percent of those 55 and older are in favor. Adult-use cannabis legalization enjoys modest majority at 56 percent for those aged 36 to 54.

The strongest support for marijuana reform in Iowa comes in the form of expanding the list of qualifying conditions for the state’s medical cannabis program – 81 percent of respondents said they were in favor of this. These findings follow recent news that Iowa House lawmakers passed a bill that would expand this list to include chronic pain, post-traumatic stress disorder and severe forms of autism.

The bill would also allow medical marijuana patients to possess more cannabis at any one time. Last year, Gov. Kim Reynolds vetoed a similar bill to expand Iowa’s medical cannabis program. With Iowans now so clearly in favor of the measure, it is harder to see how Gov. Reynolds could justify continuing to block medical cannabis reforms.