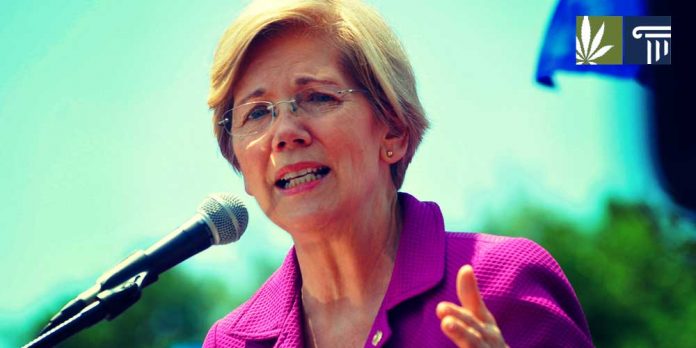 At the end of 2018, Sen. Elizabeth Warren (D-MA) announced that she would be establishing a committee to consider a run for the presidency in 2020. If she decides to run, she will be a serious contender for the Democratic nomination, and she will be the first in that position to have a strong record of advocating for reform and legalization at the federal level.

When Hillary Clinton ran for president in 2016, she adopted a cautious attitude toward marijuana reform after calling marijuana a “gateway drug” in 2014 and opposing federal reform previously. Clinton did support rescheduling marijuana to allow for its medical use, but so did her opponent, Donald Trump. In 2016, Warren expressed similarly cautious sentiments, saying only that she would be “open to the possibility” of legalization in her state. If she runs on a legalization platform in 2019, she will be the first major presidential candidate to do so. This change can be attributed to the progress legalization is making at the state level, which in turn can attribute its success to changing public opinion on legalization.

Every person in America should be able to work hard, play by the same set of rules, & take care of themselves & the people they love. That’s what I’m fighting for, & that’s why I’m launching an exploratory committee for president. I need you with me: https://t.co/BNl2I1m8OX pic.twitter.com/uXXtp94EvY

Warren, whose views on legalization have kept pace with the shift in public opinion, has a solid record of supporting federal reform. She is a sponsor of the STATES Act, also known as the Strengthening the Tenth Amendment Through Entrusting States Act. This bill would amend the Controlled Substances Act (CSA) to void its application in states and on Indian tribal lands where marijuana is legal. As such, it would honor the Tenth Amendment, which leaves to the states the right to make laws that are not implicated in the Constitution. The bill would also make allowances for participation of marijuana businesses in the banking industry.

This is not the only cannabis reform legislation that Warren has supported. Another bill that would effectively deschedule cannabis so that it could be researched as medicine for veterans received her endorsement, as did the CARERS Act of 2017, which would have amended the CSA “to provide that the Act’s regulatory controls and administrative, civil, and criminal penalties do not apply to a person who produces, possesses, distributes, dispenses, administers, tests, recommends, or delivers medical marijuana in compliance with state law.” She also supported two bills to grant state-legal marijuana businesses access to banking.

Earlier in 2017, she signed a letter along with other senators “to express our concern regarding recent remarks by White House Press Secretary Sean Spicer suggesting the Department of Justice (DOJ) may begin enforcement against states that have legalized marijuana.” She also signed a letter asking the Trump administration to restore the Cole memo, which was the Obama administration’s policy statement on not pursuing federal enforcement of marijuana law in legal states.

On Board with Legalization

In addition to supporting federal reform legislation, Warren has moved on to support legalization. On November 21, 2018, she tweeted: “Yesterday, marijuana became available for legal purchase in Massachusetts. There’s been so much progress at the state level. Now it’s time to end the federal ban on marijuana. I have a bipartisan plan to do that.” And on June 10 she tweeted in support of legalization on the grounds of the disparate impact of enforcement on minorities, saying: “By outlawing marijuana, the federal government puts communities of color, small businesses, public health & safety at risk.”

Yesterday, marijuana became available for legal purchase in Massachusetts. There’s been so much progress at the state level. Now it’s time to end the federal ban on marijuana. I have a bipartisan plan to do that: https://t.co/fckXEKrTNp

The federal government’s marijuana policies are broken, outdated, and disregard the rights of states like MA & CO that have taken their own thoughtful approaches. @SenCoryGardner and I are introducing new legislation to protect them. pic.twitter.com/ojciYHEbqr

If Warren runs for president in 2019, it seems very unlikely that she will renounce her many statements and acts in favor of federal reform, including legalization. Her candidacy would thus represent a major step forward from the positions and actions of the candidates of 2016.

What do you think? What will the major presidential candidates have to say about federal marijuana law in 2019? Leave a comment below.