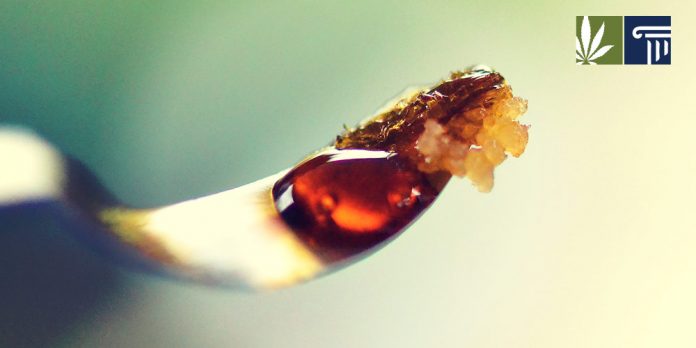 A proposed bill in Washington state to significantly limit the potency of adult-use cannabis concentrates over fears they may lead to psychosis has been rebuffed by lawmakers following a preliminary hearing.

The measure, HB 2546, would limit adult-use cannabis concentrates to 10 percent THC. In effect, this would prohibit products that last year made up around 40 percent of the state’s legal marijuana sales, such as vape cartridges and extracts.

The bill’s sponsors point to recent research suggesting a link between high-THC products and psychosis, especially in younger people, as the reason for the measure. But lawmakers indicated that more research and dialogue is required before they can consider moving ahead with such a drastic and contentious move.

“This bill is not going to be moving out of this committee, but the conversation certainly is.” said Rep. Strom Peterson (D-21), chairman of the House Commerce and Gaming Committee, after the bill’s hearing last week.

The suggested connection between younger cannabis users and psychosis has been researched more extensively in recent years, but there is still little progress in understanding the relationship between cannabis use and psychosis. Certain studies, one of which is well-known but widely discredited, put forward the case that there is evidence of a causal relationship, whereby cannabis-use leads to higher incidences of psychosis in younger people. Other studies have instead argued the causal relationship may actually work the other way – that young people with some form of psychosis are more likely to then use marijuana, possibly to deal with their symptoms.

While more research would clearly be welcome, one of the speakers at the preliminary hearing made the point that psychosis is “a multifactorial disease.”

“This doesn’t have a single source, and cannabis is very likely a low contributor compared to many other factors in a person’s mental health,” said Kyle Capizzi, executive director of the industry trade group, Craft Cannabis Coalition.

One critic described the proposed potency limit of 10 percent THC as “puzzling” and “arbitrarily low.”

“[The bill’s sponsors] cite this study where they used a 10% number for a cutoff for what they define to be high-potency. I’m not sure that is a number that makes sense,” said Leo Beletsky, a professor of law and public health, shortly after the bill’s introduction.

“I think there is a reason for concern, but we need far more information and far more high-quality research to try to guide these legal steps,” he added.

While the science may not be settled, it’s clear that prohibiting products which account for 40 percent of Washington state’s marijuana sales would inevitably lead to an expanded illicit market. Another speaker at the hearing argued this would put high-THC consumers at risk since they would likely start purchasing products which are not subject to the regulations and controls currently faced by state-licensed cannabis concentrate manufacturers.

Lauren Dobbins of Northwest Cannabis Solutions highlighted the recent vaping health crisis, where an estimated 60 people in the US died of a lung disease caused by an additive found only in black market vape products, as proof of this risk to high-THC consumers. The bill’s main sponsor, Rep. Lauren Davis, conceded the bill could lead to more black market activity but added that most consumers of high-THC products would not go to unlicensed sources if they were prohibited.

Davis also acknowledged Beletsky’s point that the 10 percent THC limit is arbitrary, owing to the research gap, but appeared to suggest it is necessary to get a conversation going on the issue.

“I don’t actually think there is an agreed-upon standard,” she said. “I think there’s obviously [a need for] more conversation and research.”

“I think the most useful thing that’s happened here is that people are talking about psychosis,” she added.

When a bill’s chief proponent says “the most useful thing” about it is that it gets people talking, then it’s probably best that Washington state lawmakers decided to shelve it. There are, after all, other ways to start a conversation on an issue other than submitting legislation.