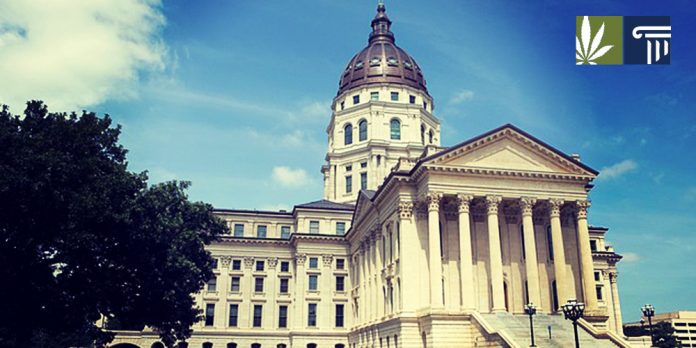 Although it may seem hard to believe, the statutory penalties for possession of marijuana went down in Kansas effective July 1, 2016. It is still illegal and can still put you in jail for a substantial period of time, but it is a step in the right direction.

Section 1 of House Bill 2462 amending the state possession statute was passed by both houses of the Kansas Legislature on April 29 and signed into law by the very conservative Governor Sam Brownback on May 13, 2016. It became effective for crimes committed on or after July 1, 2016. This is the first time penalties for marijuana have been reduced state wide since the early 1970’s.

The statute involved, K.S.A. 21-5706, established the maximum possible penalty for possession of marijuana at one year in the county jail, a fine of up to $2,500.00 or both. This is called a “Class A” misdemeanor offense. The judge could place a person convicted of possession on probation for up to two years or not as he so desired. If a person were convicted of possession of marijuana and had a prior conviction of possession of marijuana, or a similar statute, the crime became a Level 5 non-person, drug felony. The penalty could range from 10 to 42 months in the penitentiary, depending on the defendant’s prior criminal history. A fine of up to $100,000.00 applies to Level 5 drug felonies, although any fine at all is rarely imposed.

It is important to remember that, like all states, Kansas has a system of overlapping jurisdictions. A particular act may at the same time be a violation of a state statute and a city ordinance. Rarely, it might even be against a county ordinance. The act could also violate federal law, but that is an entirely separate issue. Most city ordinances regarding possession of marijuana follow the state statute. The old state statute. Some include a mandatory minimum fine. A few have shorter possible penalties.

The problem of overlapping jurisdictions

The effect of overlapping jurisdictions is that the penalty one faces could be determined by the type of officer who makes the arrest. Typically a state highway patrolman or a county sheriff’s deputy will take the case and its reports to the district or county attorney. The case is then filed in district court. Here the state statute will apply. If the arresting officer is a city police officer the matter will usually end up on the desk of the city prosecutor. This means municipal court will be the venue and the city ordinance will apply. If the city ordinance carries a lighter sentence this works out well. However, if the city ordinance has not been changed to follow along with the state statute, and few if any have, then the penalty could be longer.

One must also understand that other drug laws were not changed. The penalty for paraphernalia remains a Class A misdemeanor in Kansas. Where there is a marijuana case there can almost always be a paraphernalia case. The baggie, the pipe, or the rolling papers can all support a paraphernalia conviction. If one is convicted of more than one charge the judge can run the sentences concurrently or consecutively as he wishes.

Kansas has taken the first steps in decades. But they are definitely baby steps.

This article was a guest post by Patrick Lewis, who has practiced criminal defense in Johnson County Kansas for over twenty years. He has defended people accused of everything from speeding and DUI to possession of marijuana and narcotics with winning results!