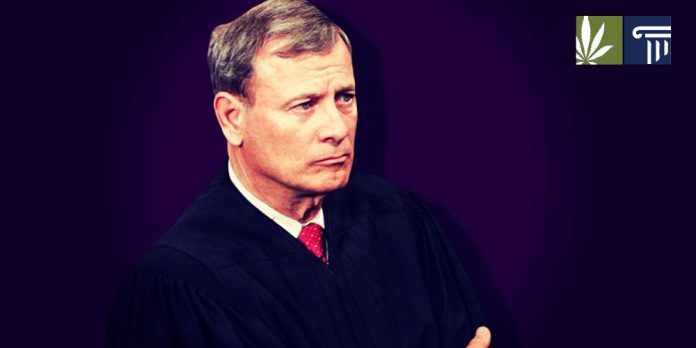 Federal prosecutions of cannabis-related crimes fell by 28 percent in 2019, according to an annual report signed off by Supreme Court Justice John Roberts.

This comes in spite of a slight increase in federal prosecutions of other drug-related crimes.

Roberts doesn’t provide possible reasons to account for the sharp decline in federal marijuana prosecutions, but it’s not hard to imagine some of the factors behind the drop.

For one, the opioid crisis gripping states across the US has become more of a priority for the federal government, with President Trump declaring it a national emergency in 2017. The FBI, DEA and other federal law enforcement agencies have stretched their resources towards tackling heroin and illicit painkiller trafficking, which saw a corresponding increase in cocaine and meth smuggling. As a result, marijuana distribution is likely to have fallen off the radar somewhat.

In any case, busting illicit marijuana farms and arresting cannabis users is not as popular with the wider public as it may have been several decades ago. National polls consistently find strong majority support for marijuana reform, including outright legalization. This is so even with Republican voters who would have been staunch prohibitionists in the not too distant past.

But most significantly of all is the movement towards some form of state-level marijuana legalization.

As more and more adults purchase or otherwise consume marijuana obtained legally at the state-level, protected to some degree from federal interference, then there will inevitably be fewer marijuana cases passing through the federal court system.

Even in states where marijuana remains illegal, state prosecutors are increasingly unwilling to pursue convictions.

“The continued decrease in federal criminal charges is correlated both to the increasing number of states that have legalized marijuana possession, manufacturing and distribution, and the evolutionary nature of federal agents recognizing the increasing political liability associated with enforcing prohibition,” said Justin Strekal, political director of NORML.

“Given this trajectory, it is time that Congress act to deschedule cannabis and end the failed war on marijuana. Now is the time to direct law enforcement to prosecute individuals who actually harm our society, not otherwise law-abiding pot smokers,” he added.

If changes at the state-level are indeed causing a decline in federal marijuana prosecutions, then we can expect to see this trend continue.

Michigan launched recreational cannabis sales on December 1, 2019, while Illinois started its retail cannabis market on January 1, 2020. Several other states such as Arizona, New Jersey, and New Mexico are poised to reform their marijuana laws this coming year, meaning Justice Roberts’ 2020 report is likely to tell much the same story as in 2019.