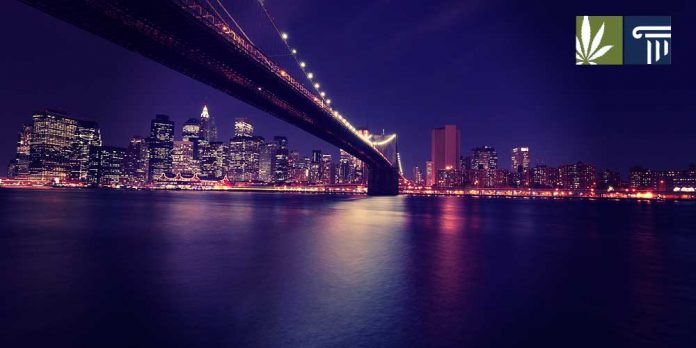 An adult-use cannabis industry in New York State could lead to $4.1 billion of economic activity and create short-term spikes of investment in areas of cannabis cultivation, according to a new study by the Rockefeller Institute of Government.

Based on the State Department of Health’s prediction of a market potential of $1.7 billion to $3.5 billion, the study’s authors say that the cannabis industry could establish between 21,080 and 43,400 jobs.

Low-end estimates say that the additional jobs in cultivation, manufacturing, and retail would result in $4.1 billion of economic activity and 30,000 jobs, with high-end estimates putting those figures at $8.4 billion and 63,000 jobs. Included in the analysis of the study are “the economic activity of the cannabis firms, the additional activity in the supply chain, and employee spending in the economy.”

This dwarfs the number of jobs currently supported by New York’s craft beer industry, which stands at around 13,000, but would still likely be less than that seen in the wine industry where 63,000 people are employed.

The authors of the study considered those states with active adult-use cannabis industries to inform their analysis. Based on the experiences of Colorado and Washington, the Rockefeller report expects that just over one-third of marijuana jobs in New York would be in dispensaries. The rest would be found in cultivation, manufacturing, administration, and management.

The study also considers the state’s existing cultivators in the nascent medical marijuana industry and says they “may be well positioned to operate as cultivators in the adult-use market, as they are the only firms with the existing infrastructure required to supply the market in a short time frame.”

The authors of the study also scrutinize the state Department of Health’s $1.7 billion cannabis market estimate to validate their findings.

They say that the question of counties opting out of allowing the marijuana industry to operate within their jurisdiction would likely only affect economic activity if neighboring counties took such measures collectively, as is the case in Nassau and Suffolk Counties on Long Island. This, the authors conclude, “could make it more challenging for residents to acquire legal cannabis and drive down demand.”

A further complication for the estimates regards how many New Yorkers face restrictions on cannabis consumption because of their job. Employees in the field of law enforcement, emergency responders, aviation, trucking, railroads, and mass transit are federally mandated to take drug tests.

181,600 people work in the transportation industry and 1,488,900 people work for federal, state, and local governments, meaning they are all prohibited from consuming marijuana while it remains a Schedule I drug under federal law.

Marijuana reform advocates intend to keep the issue on the agenda for the remainder of this year’s post-budget session that runs until mid-June.