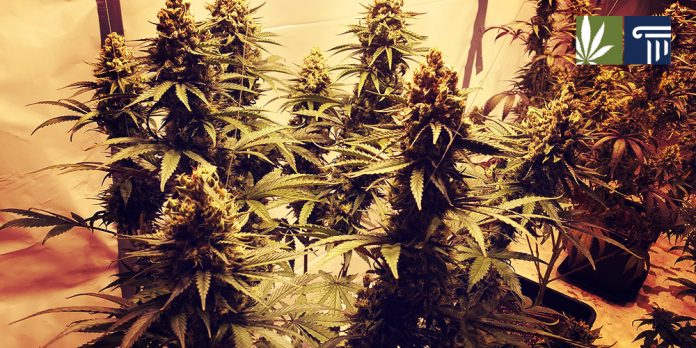 Two federal agencies have written a joint letter to say that marijuana researchers should be able to obtain the drug from state-legal dispensaries. The letter also said that more federally-authorized marijuana growers would improve the quality of research material.

Currently, researchers can only legally access cannabis from one location in the U.S. authorized by the federal government.

The National Institutes of Health (NIH) and the Food and Drug Administration (FDA) sent the letter to Sen. Brian Schatz (D-HI) last month in response to a request he made in March 2019.

Schatz asked for information regarding the agencies’ clinical research agendas, recommendations they have to enhance the “quality and validity of cannabis research,” and the “impacts of regulatory barriers for cannabis research.”

In response, the NIH and FDA said that marijuana research is restricted by federal prohibition in several ways, including researchers’ access to diverse, quality research-grade marijuana.

There is only one marijuana farm licensed by the federal government to provide cannabis to researchers. It is located at the University of Mississippi and is widely criticized for producing poor quality marijuana which is said to more closely resemble hemp than marijuana typically available in state-legal markets.

The agencies agreed that this creates “a significant gap in our understanding of these products.”

Scahtz’s letter focused in particular on the need to conduct studies concerning the potential of marijuana to treat pain, and possibly as an alternative to opioids typically prescribed to manage pain.

Acting FDA Commissioner Norman Sharpless and NIH Director Francis Collins wrote in their response that they support continued research into the development of therapeutic uses for marijuana, and noted a wealth of research which has already been carried out in this regard.

They then went on to list some of the barriers marijuana research faces as a result of federal prohibition.

“First, through a contract with the University of Mississippi, which is the only entity registered with the Drug Enforcement Administration (DEA) to cultivate marijuana for research purposes, NIDA is the only source of marijuana permitted for use in research, thereby limiting the diversity of products and formulations available to researchers and slowing the development of cannabis-based medications,” they said.

Because of these difficulties, they expressed the NIH and FDA’s support for “licensing additional entities to supply cannabis, including extracts and derivatives, to legitimate researchers and drug product developers in the United States.”

Sharpless and Collins continued by saying that “another barrier to advancing cannabis research is that, under federal law, researchers are unable to purchase strains of marijuana or products containing marijuana from state dispensaries (even with non-federal funds), resulting in a significant gap in our understanding of these products and their impact on health.”

They concluded that licensing “additional entities to supply marijuana may improve the diversity of research products that more closely reflect what is currently consumed.”

The Drug Enforcement Agency (DEA) committed to issuing licenses for state-legal marijuana manufacturers three years ago, and while they say they are accepting applications, they have yet to respond to any of the applicants. The stalemate has resulted in a group of researchers filing a lawsuit against the DEA.

Researchers and policymakers are not particularly interested in whether expanded access to research-grade marijuana comes from new authorized facilities or existing commercial cannabis retailers, so long as what is being studied reflects what consumers and patients are already using.

But as the NIH and FDA note in their letter, so long as marijuana remains a Schedule I substance, ensuring that this is the case will remain difficult.

“[The] continued placement of marijuana in Schedule 1 of the Controlled Substances Act creates significant administrative and cost challenges that slow this research and may deter scientists from pursuing cannabis research altogether.”

Ultimately, the NIH and FDA come out in favor of “streamlining the process for conducting research with cannabis and other Schedule 1 substances.”