Millions of Americans have been incarcerated for non-violent marijuana charges. But, arrest and conviction on a pot charge mean more than fines and time spent behind bars: A criminal record that follows offenders for life is oftentimes the most detrimental.

It typically doesn’t matter that your only ‘crime’ was simple cannabis possession; all an employer, bank, or landlord will see is the checkmark on your application indicating that you were convicted of a crime. 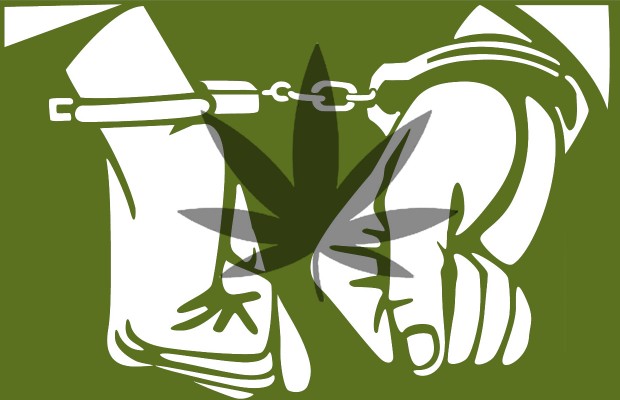 How bad is this problem? Bad enough that it has helped spark a nascent but powerful movement to reform the criminal justice system in America. That effort has drawn wide support from across the partisan aisle, a novelty in modern American politics.

Cannabis is illegal for any use under federal law. State laws vary, with some permitting access to legal recreational marijuana, others imposing only civil fines, others allowing the drug for medicinal purposes, and still, others banning it completely under felony or misdemeanor statutes.

More than 6.1 million people were arrested in the United States on cannabis charges between 2010 and 2018, according to the ACLU. The vast majority of those busts, 89.6%, were for simple possession. In 2018 alone, marijuana arrests made up 43% of all drug arrests, more than any other substance.

Though cannabis-related arrests have decreased by 18% since 2010, more arrests were made in 2018 than in 2015. Experts foresaw the number of arrests to decrease as states legalizing adult-use continues to increase. However, arrest rates in many illegal states have increased.

Legalization is gaining popularity among voters of all ages and political associations. A Pew Research Center survey from 2019 reported that two-thirds of U.S. adults support legalizing recreational use of marijuana for adults 21 years and older. Just 8% of Americans surveyed said that marijuana should be illegal.

American jails and prisons are filled to the brim, one of the motivating facts behind the effort to reform the criminal justice system. At the federal level, a massive portion of the inmate population is behind bars for drug crimes, and marijuana offenses make up more than half of that amount. More than a quarter of all inmates in the federal prison system are small-time cannabis offenders.

The picture is very different at the state level. There, roughly 16 percent of prison inmates were sentenced under drug laws. This suggests the feds are far more obsessed with busting drug users than most states.

Of course, marijuana users are more likely to be arrested and charged in some states than in others. If you live in Colorado, Oregon or California, you don’t need to worry; very few people get busted for petty possession in those states. On the other end of the scale, arrest is much more likely in Wyoming, Kansas, Louisiana, or Mississippi.

There are deep racial disparities in these arrest rates pretty much everywhere. The ACLU found that Black Americans are busted at much higher rates than white Americans, even though both races use cannabis at the same rate. This disparity exists in every county in the country, the ACLU reported.

Many of these statistics are likely to change in coming months and years, some dramatically. But, the fact remains that the United States still locks up a disproportionate number of its citizens and residents for nothing more serious than smoking pot.